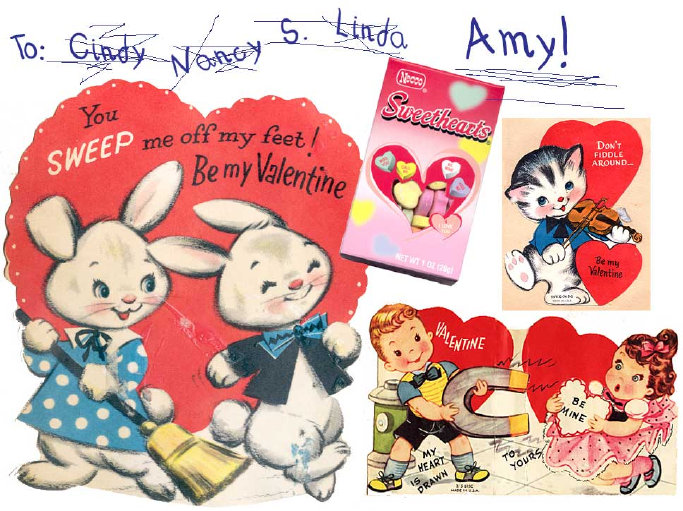 "It was the worst of times, it was the worst of times..." Well, maybe not that bad, but Valentine's Day in school was a day that required serious planning. Why planning? Because this was a time when you had to actually give valentine cards to girls in your class! This was pretty serious business because so much classroom boy vs. girl politics were involved in the ritual of Valentine's Day. Therefore, you had to do some serious planning about the cards you picked out.

Here's how the politics of Valentine's Day went:
If you liked a girl,

you sure couldn't let her know it. 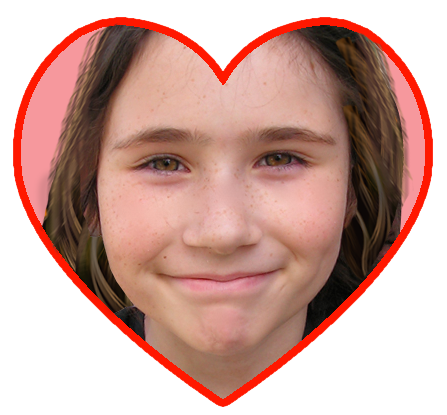 You had to worship her from a distance. Valentine's Day threw a great big monkey wrench into that idea, and made the act of being aloof a bit more difficult. It was essential that you never gave the girl you really liked a great big kissy Mushy card. Color, glitter, and great cartoon characterizations were fine, but the goopy stuff was best left to the imagination.

♥ Still, if you did like a certain girl, (note that I'm saying if) then this was the perfect opportunity to let it be known. This was done by reserving the biggest, and most colorful valentine in the card pack just for her. Sometimes, if you added a bit more glitter, or anything that showed you added something extra, then that was as good as gold.

What I liked most about Valentine's Day in school was the celebration, the treats, and the art we'd create. Most of all, we were allowed to skip some classes in order to make paper hearts, cut-outs, and address our cards. I think that most of us guys either hated Valentine's Day, or put on a pretty good act of hating it.

And yes, you had to give the teacher a Valentine too.

That was usually not a problem because, she was, afterall, the teacher, and really quite neutral in the Valentine category. 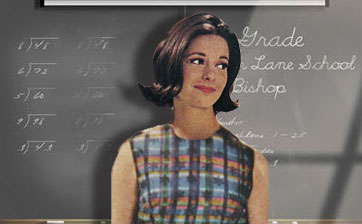 What happened if you were in love with your teacher? This was a whole new problem, and required the absolute best Valentine card that was ever invented. One of the things I loved most about Valentine's Day was that it was the pre-cursor to Spring! Soon the sun would be out, and though I'd still be stuck inside a classroom, the daydreaming out the window would be so much more fruitful. For me, cupid's arrow never really struck in any place memorable, but it was still kind of fun doing the Valentine's day cards. You had to give the guys in the class a card too, but I always gave them the most stupid, or the most ridiculous cards, because, let's face it, guys didn't give other guys real Valentine Cards.