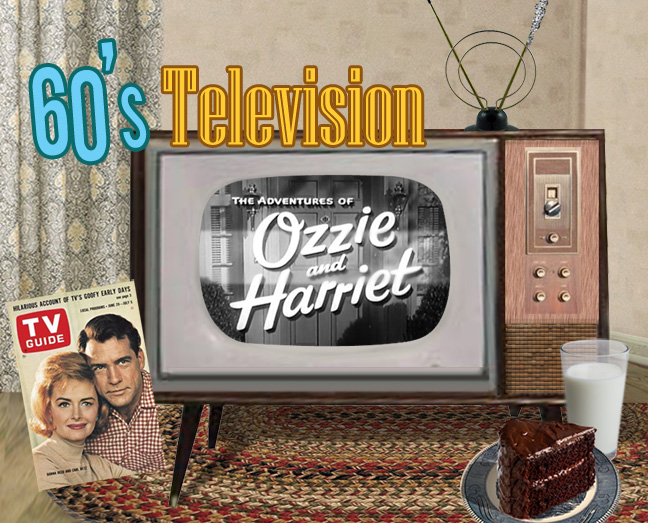 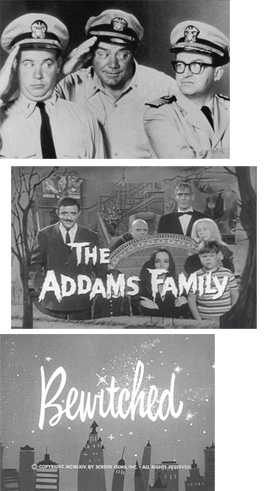 Welcome to the greatest era of television!The 1960's era introduced us to some of the best television programming of all time. There were some great shows back then with dynamic, and often unforgettable stars. My favorites included: McHale's Navy, Bewitched, (well, I was never a true "Bewitched" fan, only a true Elizabeth Montgomery fan), The Addams Family and The Munsters. Newcomers like Gilligan's Island and Star Trek were among some of the most popular TV shows. Some of those old shows live on today as irrefutable classics, others as irrefutable bombs. There was one program called Kentucky Jones with Dennis Weaver about a guy who adopted a little Chinese boy. 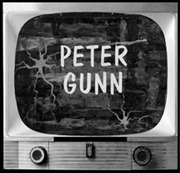 That's about all I can remember about it, except that I always wanted to watch it, but it came on opposite Gilligan's Island. Peter Gunn, a syndicated series from the 50's, was a classic during 60's syndication. Many of the shows that I loved were all syndicated 50's classics. 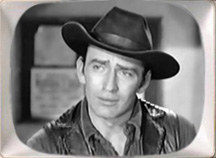 I really loved the old westerns and remember well so many wonderful programs with equally magnificent characters. Some of the mainstream westerns had their own legacies: Bonanza was one of the few early westerns filmed in color and was designed to promote color television sets. The Virginian, which debuted in 1962, was the first 90-minute western, and Gunsmoke ran for twenty years! 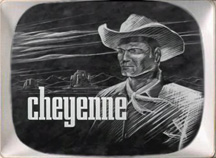 Cheyenne, Wagon Train, Sugarfoot, Laramie, The Virginian, The Rifleman, Gunsmoke, Wanted Dead or Alive, Have Gun Will Travel, and Branded were all superb shows. Many of these shows also used to run in syndication on weekends. I watched many of them with my dad on Saturday afternoons. I also watched Death Valley Days with my dad in the early evenings; it came on at seven o'clock. On Saturdays at noon we watched Maverick together, and on Saturday mornings it was Annie Oakley. 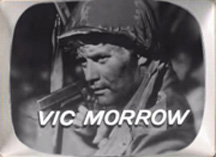 Dramas were unique and, like westerns, pretty much dominated the one-hour time slots of television. TV dramas offered some outstanding classics like The Fugitive, Ben Casey, Dr. Kildare, Perry Mason, Mr. Novak, The Greatest Show on Earth, Combat, Route 66, and The Defenders just to name a scant few. Life went on around us as the fugitive Richard Kimble sought the mysterious "one-armed man" from week to week. Nobody but me seemed to care that Sgt. Saunders of Combat! was holed up in a destroyed French chateau, surrounded by Nazis and only one clip left for his trusty Thompson. 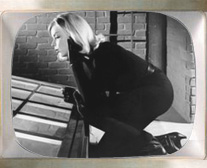 Secret agents and private eyes were on the rise, and incredibly inventive programs were spawned from the 60's. Secret Agent Man, The Saint, Peter Gunn, Honey West, The Avengers, The Man from U.N.C.L.E. and The Wild, Wild West were hot. As a private detective, I really loved Honey West's judo skills and her pet ocelot. The Avengers with their tongue-in-cheek methods of seeking out the bad guys was wonderful.

By 1966, of all these shows, the ones I was tuned into regularly were:Honey West, The Avengers, and The Man from U.N.C.L.E. This was a great time of on-screen espionage during the '60's decade, and James Bond was the ultimate in spy entertainment. My favorite in the batch was The Man from U.N.C.L.E. My least favorite, and the one I didn't like at all was The Wild, Wild West. I took my westerns seriously, and I just couldn't get into this show at all. Secret agents didn't belong on horseback! 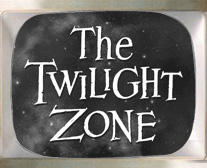 The unexplored sides of our imaginations were very well entertained by the likes of The Outer Limits, The Twilight Zone, One Step Beyond, Alfred Hitchcock Presents and Boris Karloff's Thriller. Sci-Fi stepped up to plate as well with some real treasures like Science Fiction Theater, Lost in Space, The Time Tunnel,, and of course, Star Trek. "The Outer Limits" was a fantastic blend of both horror and sci-fi with plots geared more toward a higher-thinking and seeking mindset. 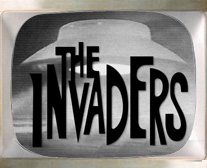 With the exception of one man, sleepy America had no idea that we were being "invaded" by aliens. The Invaders was a very cool show. There was truly nothing like the thrillers! Alfred Hitchcock was a number one favorite-especially during late night summer syndication. His hour-long season was great. One episode in particular, was called "The Jar" about this weird mess inside of a jar. It seemed like an eye was showing through or something. One Step Beyond was fun too. I remember an episode about a spot on the wall that nobody could clean off. As the show progressed, the spot began turning into a face. Too much for second grade! It was nightmare city after that. 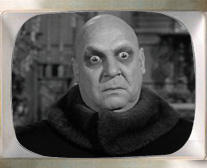 Comedies came to life and assaulted television screens with comic fury. I used to love Saturday nights, sitting around with my dad watching The Jackie Gleason Show. Ozzie and Harriet was probably the most popular family show around with Leave it to Beaver barking closely at its heels. 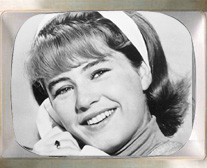 The Patty Duke Show was great. I was in love with both Patty and Cathy . Hogan's Heroes, Get Smart, and He and She, were also a few of the neighborhood favorites.

Ted Mack's Amateur Hour was on every Sunday afternoon at five o'clock. I sort of liked High Q , but got bored with it fast. Me and my Mom loved The Match game and were pretty faithful "Match-gamers". She had her faithful soap operas like General Hospital, Search for Tomorrow and The Edge of Night.

I remember watching The Ed Sullivan Show faithfully. Some of my favorites were No Time For Sergeants, The Wackiest Ship in the Army, Daniel Boone, Walt Disney, Daktari, and all the great cartoons.

These shows were all perfectly entertaining, but never have cartoons been any better than they were in the magnificent 60's when Warner Brothers and Hanna-Barbera were in their prime.

Saturday's were a real treat for television.

Saturday morning television was fantastic! My brothers and I would sit around watching the likes of "Superman", "The Lone Ranger", "The Adventures of Zorro", "Roy Rogers", "Sky King", "Fury", "My Friend Flicka", "Supercar", and "Science Fiction Theatre." Later in the afternoon, we'd all sit around and watch Jon Gnagy draw.

Another favorite on Saturday afternoons was "Supercar". You'd never catch me missing an episode. There was something so vastly intriguing about animated marionettes. I loved the backgrounds and the sort of 3-D appearance they presented. I was also highly into the marionette Christmas programs too. Channel 12 was the station to watch if you were a kid in the early 60's. They used to run marathons of Abbott and Costello, Laurel and Hardy, and Bing Crosby and Bob Hope. I got to see all of the "On the Road" pictures with Bing Crosby and Bob Hope. They ran these movies on Sunday at noon. On cold winter days, there was nothing better.

On Saturday evenings at 6:30, there was a program called "Alley Cat Theater" which played mostly old horror films. A shapely girl dressed like a cat would come out dancing in sparsely lit alley complete with garbage can. 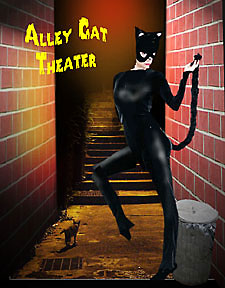 Her costume consisted of black tights, a tail, and ears. She danced to the song "Alley Cat" which made it all the more perfect. Hearing that song today makes me think of monster movies, and the great old drive-in classics that ended up on syndicated TV, and ultimately, "Alley Cat Theater".

With The Twilight Zone and The Outer Limits, I wouldn't know where to begin. These shows were dynamite-especially Outer Limits which became a life-long fascination for me. No show ever terrified me more than the "Limits" episode called "Corpus Earthling".

One cold and dark Saturday evening, Alley Cat Theater listed "The Thing" at 6:30. My Mom had seen it, we had not. She spent the whole day prepping us, getting us all excited, telling us how great it was. By the time she had the popcorn made, "The Thing" was not on! In its place was a movie called "X, The Unknown" which I rather liked.

Sadly, we didn't get to see "The Thing" until many years later. Saturday nights became the regular monster fests with some really wonderful horror films. What was great was the fact that my Mom would sit and watch them with us. "Dr. Cyclops" was one of our favorites of all time. 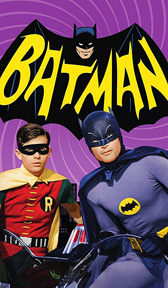 New life was given to old shows as they appeared to us for the first time in color! Everything suddenly took on new dimension with the addition of color. Seeing "The Man from U.N.C.L.E. in dazzling color was just about as good as television could get. Locations, like tropical islands, and deserts, oceans, and night lights were also a new surprise, and color television was unlike any television I'd ever known before.

Cartoons were the best. Better yet were the westerns like "Bonanza", "The Virginian", and "The Big Valley" that featured glorious colored landscapes and outdoor locations. Shows with delightful opening credits were brilliant in living color. We got our first color set in 1966. 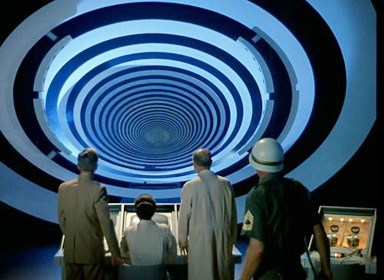 I remember seeing "Jonny Quest" for the first time in color. "The Time Tunnel" was another great show to see with all the colors in the world jumping out at me from its glorious opening. Still, cartoons were the best in color, and Saturday mornings really came alive!

The ladies of television were likewise more enchanting with the enhancement of color. Red lipstick, blue eye shadow, blonde hair, all of these ladies' dazzling features bloomed like spring flowers on our television set. And all the hip comedies like That Girl, I Dream of Jeannie, Petticoat Junction, He and She matched with the lady action heroes were spectacular on the color set. I remember the first time I saw Batgirl in color; Her uniform was the most dazzling color of blue. Once I saw Patty Duke in color, I knew she was my girl!

The first show I ever saw in color was "The Lone Ranger" cartoon show. My mind could barely keep up with the dynamics of it all! Oh, how rich the colors were; the deep blues, the reds of the sunsets, the bright yellows and vivid greens! The colors were incredibly vibrant, and the backgrounds were full of detail with the presence of color.I really can't explain fully the marvelous experience of seeing this show for the first time in color. Other cartoons followed. I also loved King Kong, another 1966 era cartoon show that I got to experience in blazing color.

All of my favorites including Warner Bros. and Hanna-Barbera cartoons were just plain electric on the color set. Finally seeing The Flinstones, The Jetsons and Yogi Bear in color were indeed a visual treat.