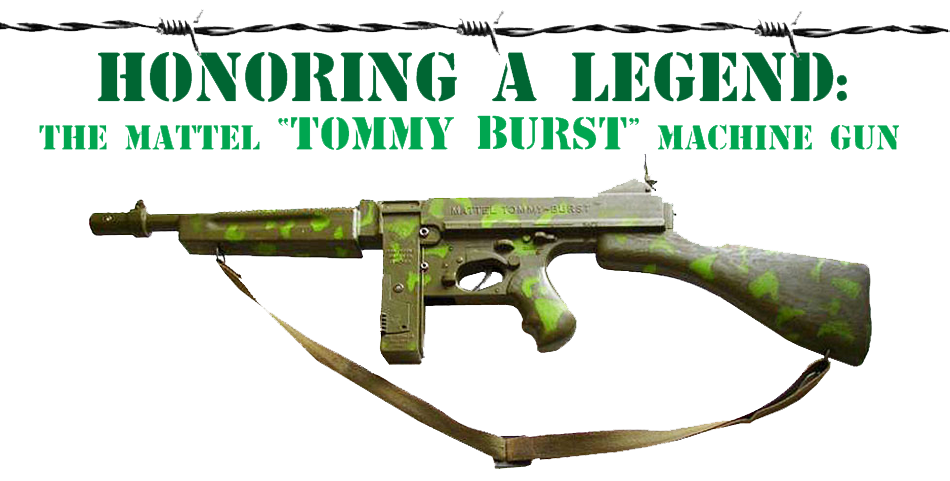 In all of his blazing glory, there were very few toys to compare to ol' Tommy.

This was the gun to die for! In the early 60's, it sold for around $7.95 for a set which was a lot of money at the time. The gun itself sold for around $3.95. In my household, that kind of cash was way beyond any sort of extension of allowance, or small parental loans (at the usual interest rate, i.e, extra household chores, lawn mowings, etc.) My camoflage version The Guerilla model came with binoculars and a case, and I believe a grenade; I can't remember for sure. 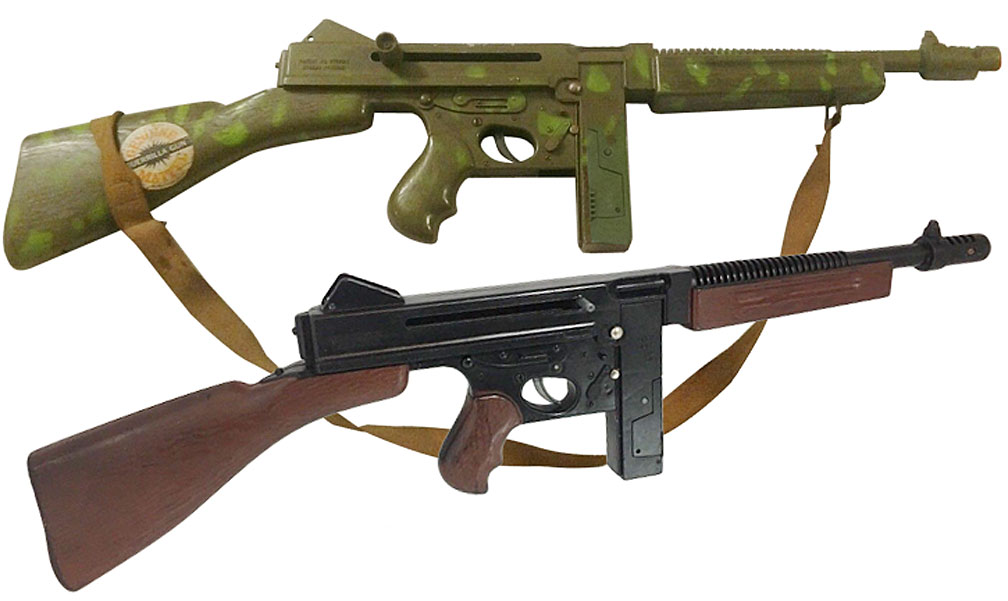 For Christmas of 1963, I got one! Mine was the green camo "Guerrilla" model as shown above and in the box below. This weapon was carried by my beloved hero "Sgt. Saunders" of the immortal television program "Combat." This gun also had a shoulder strap. (Technically, Sgt. Saunders carried the brown version but, what the heck). 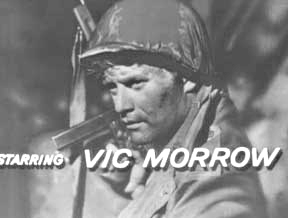 The Mattel Tommyburst was so faithful a replica to its parent weapon that the attraction to an 8 year-old me was overwhelming! The detail on the Mattel Tommyburst is impeccable, and beautifully matches the real gun. On a sad note: this gun wound up missing in action on the battleground of a gravel pit near our house, circa 1964.

Pictured above is a real Thompson Submachine Gun used in WWII. 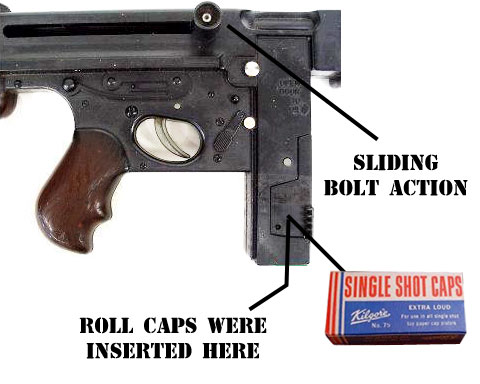 The cap clip took roll caps. It only fired about every other cap, so I never really used them. Besides, the bolt machine gun sound was better anyway. Sliding bolt action: This feature allowed the gun to make real machine gun sounds when fired. My mom always made me take it outside because it was so loud. Not bad, eh?

The brown Tommy Burst is the "Dick Tracy" model. I actually found one of these in a mud puddle near our house. It belonged to the spoiled kid next door whose parents bought him whatever he wanted. The gun had mud and dog crap all over it. I took it home and cleaned it all up like new. Sure enough, the kid sent his mom over to our house to reclaim it. He was lucky that this toy wasn't the real article!