School Supplies   The Perpetual 9:20   The Flag Salute   My Favorite Books
The Nirvana of Lunch   Classrooms   Rythmns--yuck! 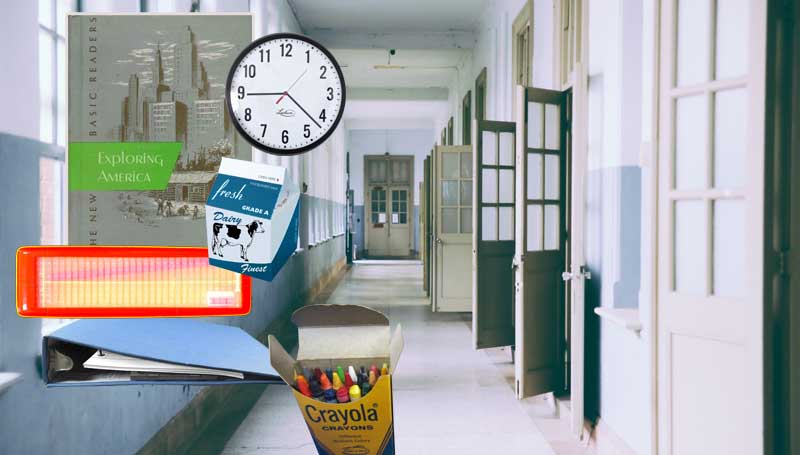 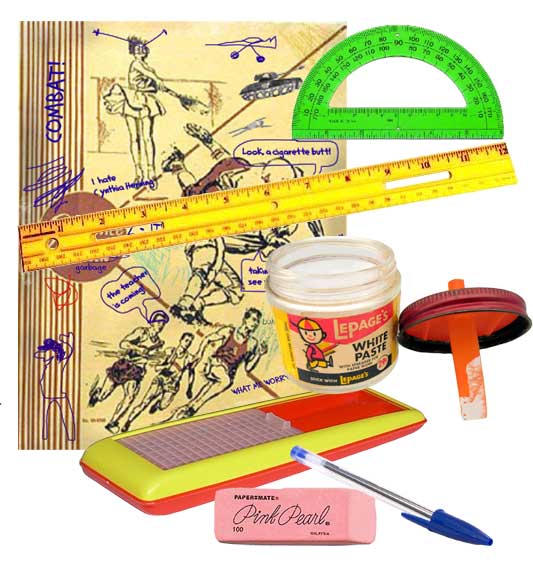 The best things that I can ever recall about school were the army of supplies that Mom and Dad bought in the latter days of August. Those Pink Pearl erasers and the little metal scissors were always a source of fascination for me. Coupled with the minty taste of the white LePage's school paste and the gnarly smell of the Artgum erasers, school supplies were a fine accompaniment to new school clothes. 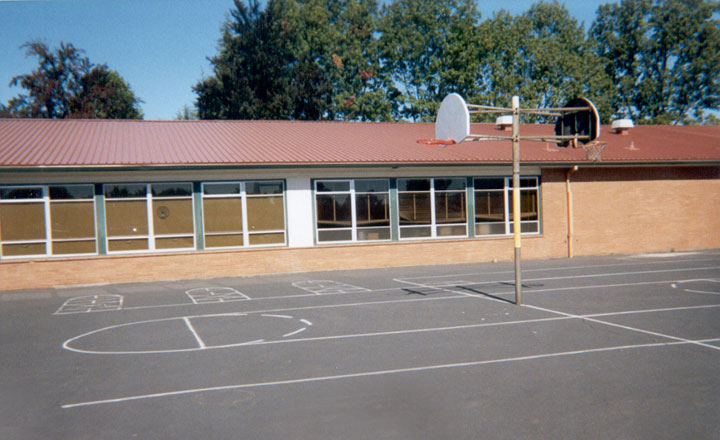 Eventually, everything ended up in our mouths. The Artgum erasers had an evil taste, but the wood flavor of no. 2 pencils balanced it out. LePage's school paste was always a bit more refreshing than Elmer's. The latter always had that heady taste, whereas the former had a fresh winter-cool flavor.

I particularly enjoyed the school stuff that doubled as toys; I'm talking about the things that were on our list of necessary articles to have for school, but were never used. A protractor, compass, 3-sided ruler, and colored pencils were never implemented in my daily teaching. 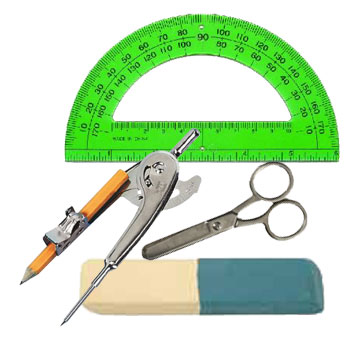 Those old pencil and ink erasers were a pretty cool concept, and looked great in their design, but the ink erasers did nothing more than literally destroy paper. They never did get around to actually erasing anything. They were still fun to have in my armament of school supplies. Those supposedly "necessary" albeit unused supplies became gloriously profound instruments that were - pardon the pun - instrumental in passing the time of day. 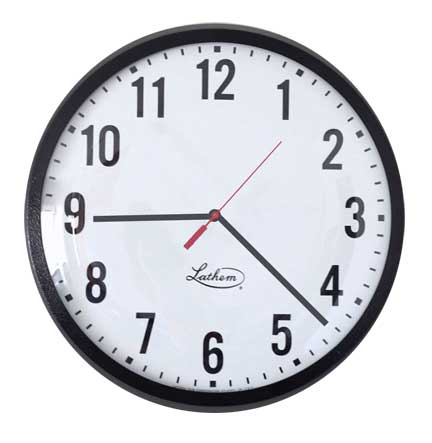 The clock on the classroom wall was the cruelest of all mechanisms. It taunted, moved at a snail's pace, and rarely reached the epic hour of three p.m. without taking a bit of our lives with it. As us guys sat in class, crippled by despair, bludgeoned by boredom, and the clock, that evil clock, mocked our very presence. I usually daydreamed most of the time. Getting past the morning hours were the worst and most excruciating part of school days.

I also daydreamed about grape gumballs and red licorice and what was going to be on TV that evening. Arithmetic was my worst subject. Social Studies was a close second. I was pretty good at the other subjects even though they bored me silly.

Still, there was no getting around that darned school clock -which I know for a fact was rigged by the school system to run slower than normal. See, this is how it worked: the Portland Public Schools assigned their most gifted engineer to reverse the polarity of the space/time continuum, thus creating a most effective clock.

"I pledge allegiance to the flag of the United States of America. And to its republic for which it stands, one nation under God, indivisible, with liberty and justice for all."

Every morning without fail we did the flag salute. For some reason we stopped doing it. I was long out of school by then, but somewhere in time (maybe the early 70's) our state of Oregon - and other states as well - refused to let its own children pledge their allegiance to their flag. I still don't understand, or believe in this, and would love to see it re-instated. I miss our flag salute as much as I miss those old days.

You Can Judge a Book by its Cover.

I mentioned before about two of my all-time favorite books: "Bread and Jam for Frances" and "Barthalomew and the Oobleck." There were many lunchtime days spent reading about Frances and her daily lunches. She would set up her desk for lunch-complete with doily and flower in a vase. Her food always sounded so good as she would compare her lunches with her friend "Albert". 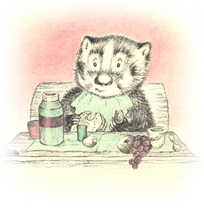 The loveable Badgers were wonderfully illustrated the author's wife Lillian Hoban. There is a whole "Frances" series and I've read them all. The author was teaching us about the value of nutrition and all of the different food groups without "teaching us." It was perfect kid fodder and is still a delightful classic today. And yes, I do have a copy on my bookshelf.

Barthalomew's Oobleck was a beautiful book. It started off with basic blecky green drops from the sky until eventually, everyone was covered in the slime. The bleck of it all started off slow, then built to a thundering crescendo as waves of green bleck leveled the town. It covered the walls! It covered the halls! Ah, nothing like a good read.

The best part of this book for me was watching the Oobleck grow and grow. It reminded me of a great movie I saw on TV called "X, The Unknown" about a radioactive blob that kept growing and growing. Complete with the wierdness of the drawings, it was almost like a little horror story on paper.

The grumbling of the stomach tells all. 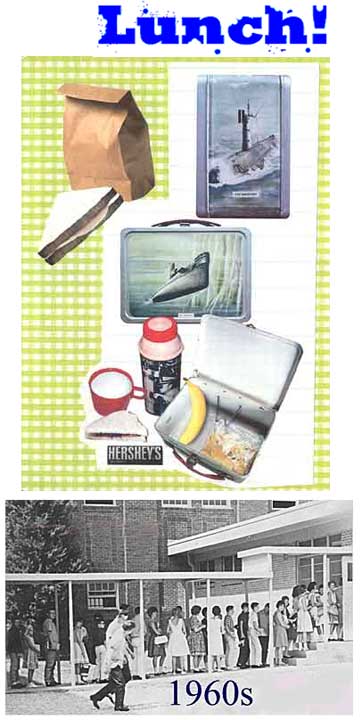 Thoughts of the cafeteria provided near hysteria knowing we hadn't even made it through arithmetic yet. From the main floor wafted sensual fumes; promises of chicken parmagiana and apple crisp; Great pints of milk and celery wedges; Carrot sticks galore and fresh and fluffy rolls usually topped off those utterly divine globs of butter.

Plus, for those who opted to go the domestic route, peanut butter and jelly sandwiches, chips, fruit, thermos milk (it had to be thermos milk), and cookies. Yes, lunch was sublime; it was the nirvana of noontime, the Mecca of the main floor. Lunch was the hour when life was beautiful once again. It's funny, but there are times when I can truly recall the smell of my peanut butter and jelly sandwiches after having been unwrapped from the wax paper. I can feel the plastic rim of the thermos cup as I would take a drink of milk. It's great to be able to remember things like that.

My classroom 'tis of thee, sweet land of history... 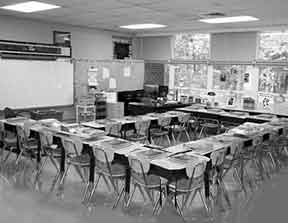 It was great back in the old days when we actually had a "classroom" assigned to us. Unlike high school, or even college, we all stayed in the same room all day. I kind of liked that feeling of belonging to one specific place. Of course, when the sun was out, being inside a stuffy classroom was the worst place to be. The fall and winter days were actually pleasing to me. It was too miserable outside to really enjoy many games. During the rainy days, I can recall being fascinated by the drops on the windows and gazing out toward a muted landscape, blurred by the wet. It was as if the windows were canvases, streaked with silver brush strokes, distorting my view of the outside world. 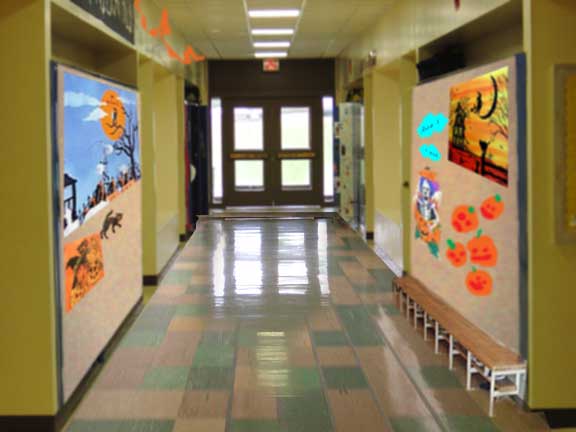 I really loved all the decorations and preparations that went on during the different holidays and seasons. School hallways seemed moody and calm. Shiny linoleum reflected meager light from tall windows and the romance and adventure of decorating was upon us all. From the peace of our classrooms we created construction paper pumpkins, or Thanksgiving turkeys and pilgrim paintings.For those fleeting moments, we had control and decided to make the very best out of what was in our minds. As with the cycle of seasons, these dark winter days would pass, and spring would once again visit us with a burgeoning enthusiasm and promises of kite flying and games of kickball. 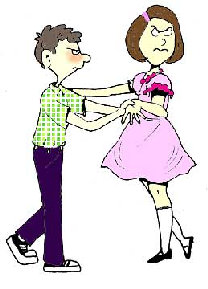 In our school, Monday mornings meant the beginning of a three-times-a-week ritual known to us grade-schoolers as: "Rhythms". This was the malicious hour of day when teachers decided that it was time for us guys to interact with girls. Dancing was mandatory. Each day we had to square dance, polka, waltz, and even workout with future aerobics to a lunatic record called "Go, Chicken Fat, Go!". "Rhythms" marked the end of an innocent era and became well-known to many of the guys as the "dreaded hour."