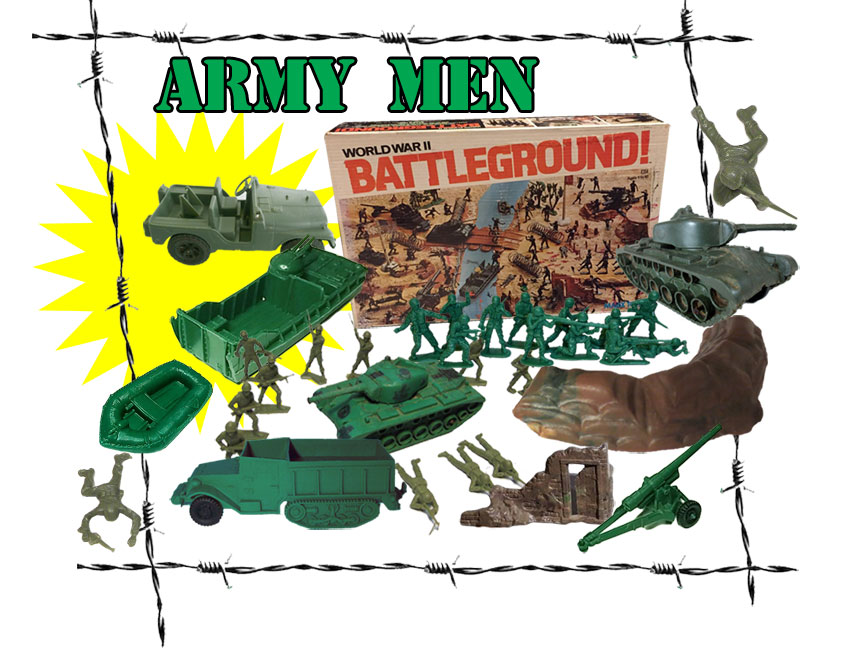 
I spent hours playing with my army men and military toys. I collected so many of these that my. Every time I had a spare twenty-nine, or thirty-nine cents, it went for army toys. And it wasn't like each bag of plastic soldiers I bought was just the same as the others; each bag was different. They were similar, but always different. No two molds were ever the same. 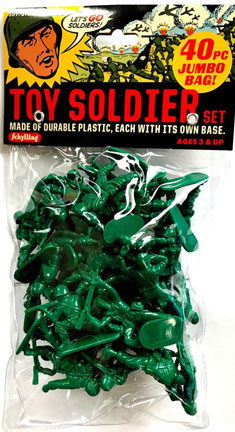 I bought them all, from the miniature figures to the ten-cent 5"inch army men. I usually always bought them at Newberry's, Fred Meyer, or the 88 Cent Store. Sometimes even our local corner store carried a bag among their limited toy section. 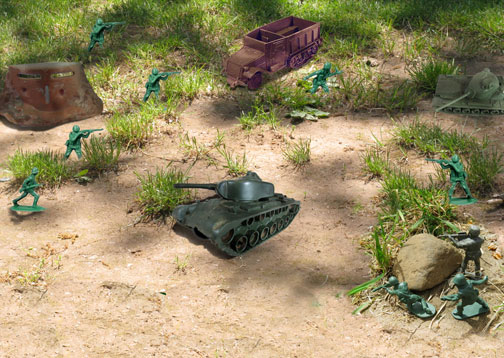 Playing with these great toys and sets outside was the best thing ever. My friends and I spent literal hours setting up elaborate scenes of battle in our backyards, gravel driveways, or under the shade of the massive evergreens in our yard. Mud puddles became lakes; grass became jungles, and bushes were deep forests. Even rocks were sturdy fortress fronts, and dried twigs became fallen logs to hide behind. There was absolutely no limit to what could be done with the skill of imagination and the heart of playing.

When it rained, or was too cold outside,I just set up in my bedroom, or in friend's basements. There was no stopping our imaginations, and any and everything that could be used as props, or in a military setup was used whenever we played indoors. Under furniture could be bombed-out structures; shoe boxes could be buildings that soldiers could be hiding behind; Even clothes on the floor could be mountain ranges. 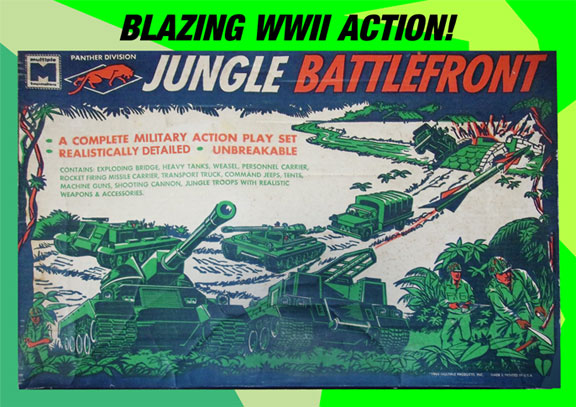 Gigantic playsets always grabbed me, but unfortunately, I never got one. I had a few friends who had these magnificent sets, and it was great fun setting up our individual attack forces. The one I really wanted was "Battleground". That was an epic set! 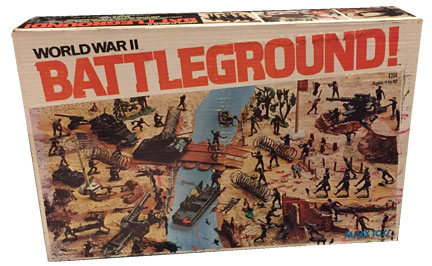 It came with so many fantastic things, and really captivating extras too like bunkers, rows of sandbags, trees, extra vehicles that don't usually come in toy packs, and even some better variations of soldiers. 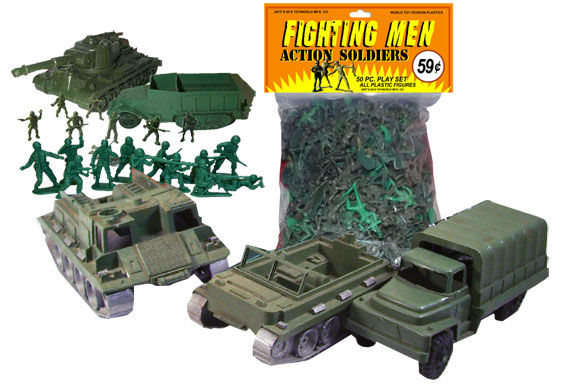