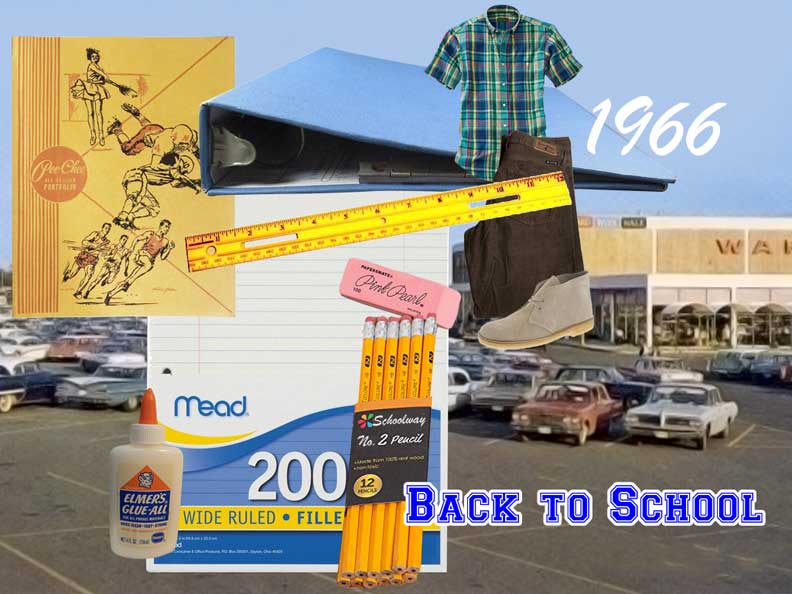 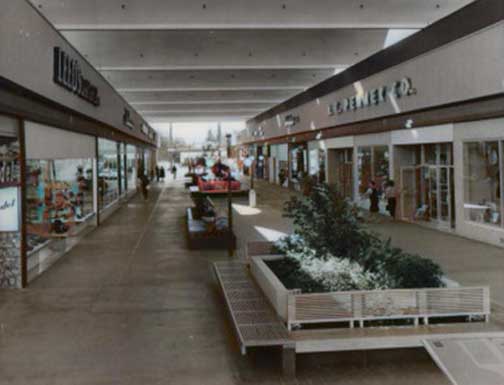 The song "Summer in the City" was on my mind as we drove to Eastport Plaza;

it had been playing on the radio on the way there. Riding in the back seat I always rolled down the window, and sort of hung my head out resting on my crossed arms. The drive always provided fresh and wild wind on my face as we cruised down the road. The world looked different as it blew by me at a speed of 35 mph.

In Portland, Oregon where I grew up, school started the day after Labor Day. Our school clothes shopping trips usually happened about a week, or two before whenever the biggest sales were going on. I never liked school clothes shopping; I had to try things on, which, in essence, was like trying on a prison uniform to see how it fit. However, it was nice walking into an air conditioned store since it was blazing hot outside. Our first stop was the main floor of Newberry's where Mom bought my school supplies. My Dad was always bored to tears on these trips, but he had to come along simply for the fact that my Mom couldn't drive.

Strangely enough, there was a bit of excitement in the new school supplies. I loved the feel of the notebook paper in the plastic wrap, and the smell of the pencils; there was usually a faint trace of paint along with the wood, and my teeth would soon be gnawing like a beaver on them during class. 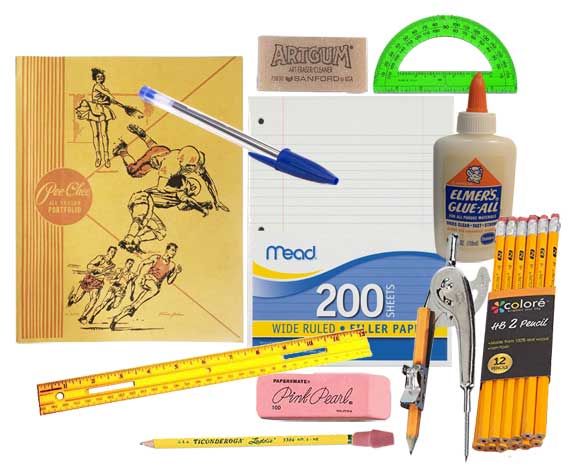 Sixth grade students had graduated to Elmer's glue, forsaking the ol' paste in the jar forever. The plastic rulers were fun to hold down on the edge of the desk, then flip the end like a diving board for that great rattling sound. Finally, the most epic of all school supplies was, of course, the Pee-Chee. Pink Pearl erasers were great to stick straight pins into to make landing gear for magnificent space vehicles, and the Artgum erasers, when broken off into little chunks, made wonderful projectiles to throw at the backs of kids' heads.

Even in the '60s, school supply lists featured items that were never used-nor were they intended to be used. Whoever dreamed up the lists just gave us newer toys to play with. Among those items I never used then were the protractor and compass. I ended up just learning to draw perfect circles with the compass, and as for the protractor, it just sat in my desk gathering dust. 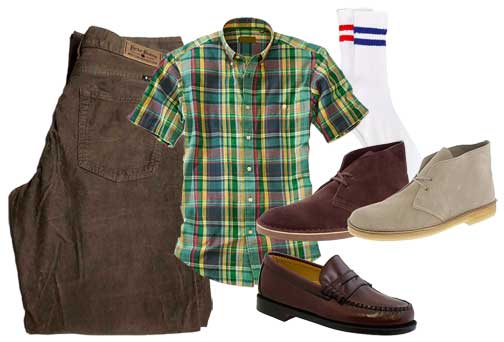 As for the school clothes, I wasn't too picky, just as long as they weren't "dud" clothes. ("dud" clothes were the ones Mom always thought would be "nice" for school). I had two main requirements: desert boots for shoes, and at least one pair of "cords". Neither of those happened for me in 1966. I was a tall, skinny kid with big feet, and the stores-even though we'd gone two weeks early-were almost always out of stock of the best stuff. I ended up with Converse tennis shoes-which were okay by me-and jeans. I never did get the black turtle neck long sleeve shirt like Illya Kuryakin of "Man from U.N.C.L.E." wore; neither did I get a pair of Engineer Boots like my best friend had. Mom always claimed "they made me look like a "hood." ('60s slang for a bad kid, delinquent, or someone who runs with a gang or bad group. Another term was "JD" for Juvenile Delinquent.)

In any event, I obviously survived sixth grade. And though I was horrible at-English bringing home the worst grades possible-I managed to figure out nouns and verbs later on when I needed them. It's funny, I dreaded school in the September of 1966, and now I'd give just about anything to step into that classroom again.