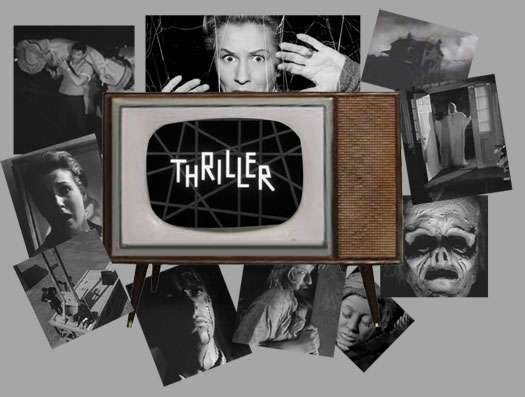 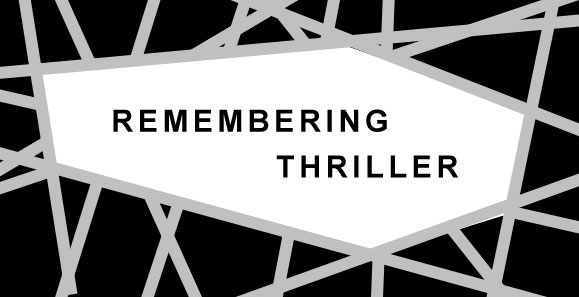 ...And as sure as my name is Boris Karloff, I can assure you that this one is a thriller."

1960 was the year that NBC television premiered one of the most popular horror anthology shows in history: Boris Karloff's Thriller. As a kid in 1960, I can barely recall watching this show in prime time, but in 1964, it came on in syndication on Saturday nights, and I watched every episode I could. 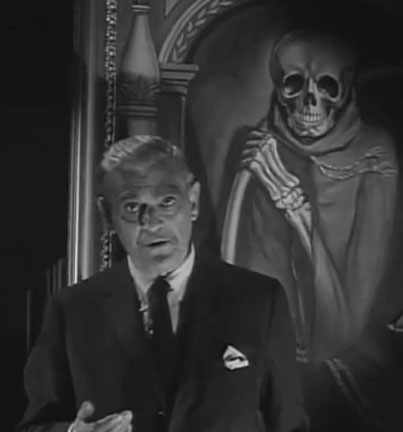 Fiddling with the rabbit ears of the old black and white sets to get the clearest thriller picture imaginable, this program hearkens back to a time when life was more simple, and day-to-day pleasures did not involve high technology. Black and white was the only technology in our household, and it was cherished.

To this day Thriller remains one of my top favorites among horror anthology, ranking right up there with such heavyweights as: The Twilight Zone, One Step Beyond, Alfred Hitchock Presents, and even The Outer Limits. The thing about Thriller that I remember most was how the episodes seemed to stay with me. They were more like shorter movies than a TV show, and the quality was so great. This was a program of impeccable production design. 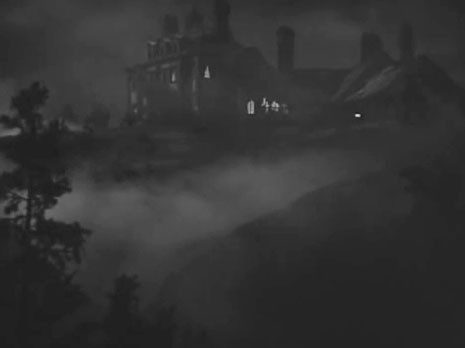 Thriller made full use of its 60 minute time slot and left nothing to waste. Aside from employing amazing writers like Robert Bloch to flesh out some of its tastier stories, the program had sincere technical aesthetics and several memorable moments. I look at it now, as an adult, and see it as art; as a kid, several of the episodes would have terrified me for a month. Marvelous kid-like imagery such as severed hands crawling along the floor by themselves, or druid stones with a fire to burn witches, or a phantom of the opera-like menace appearing from the shadows were all too wonderful for mere words. The stories themselves covered the gamut: hauntings and ghosts, mysteries, sci-fi, psychological thrillers, creature features, witchcraft, and plain old crime thrillers. 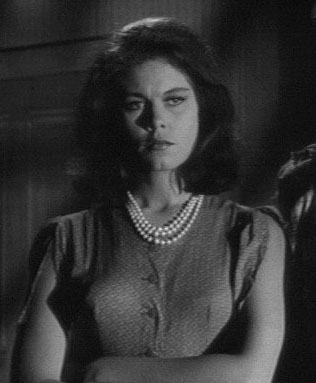 I'm grateful that the program featured only one comic episode that starred Tom Poston and Elizabeth Montgomery. This was also disappointing for me, for I feel that comedy and horror are rarely two ingredients that mix well. Thriller did suffer from some ridiculous technical flaws and a few horrifically awful effects. My favorite technical faux paus is from the episode "Choose a Victim" where we hear the ocean outside a beach bungalow. When the door opens, it's just a blown-up photo of the ocean, no waves moving, but a constant roar of surf in the background.

The program included fantastic sets, and an ability to capture the flavor of the period. For true 60's aficionados, there is a sense of place and hometown feel even in the scariest episodes. The street scenes-especially at night-were fabulous, and looked like they could have spilled from the big screen. It's interesting to try and keep track of how many times the Psycho House appears on different episodes. We were even fortunate enough to be blessed by the appearance of the great Elisha Cook Jr. in a magnificent episode titled: "The Fatal Impulse".

"The Prediction" is an entertaining episode where a mentalist Karloff, is a man who makes uncanny prefictions that always come true. Another excellent episode is "The Cheaters" about a pair of haunted turn-of-the-century eyeglasses show things not everyone can see. Truth, like it or not, is revealed whenever these spectacles are put on.

My favorite episodes of course were the shows that anything to do with haunted houses and ghosts and/or atmospheric pieces. They looked and felt more like good old AIP studios productions, or black and white Roger Corman features. Among my favorites: 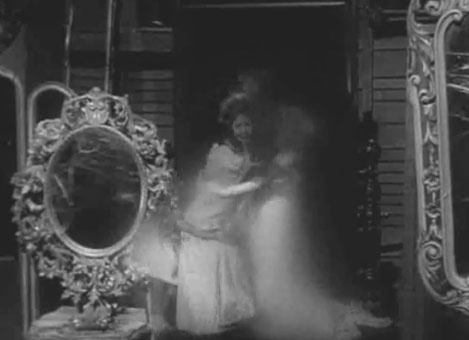 "The Hungry Glass" about a couple that buys an uninhabitable house on some rocky cliffs of the ocean. The former inhabitant was fascinated with her image in the mirror, and kept mirrors everywhere. Soon the ghosts take the new owners, and they go on to haunt the house. Very moody and very atmospheric, this one ranks as one of my top ten favorites. Let's not forget William Shatner and a great 60's icon Russell Johnson (aka the Professor from Gilligan's Island). 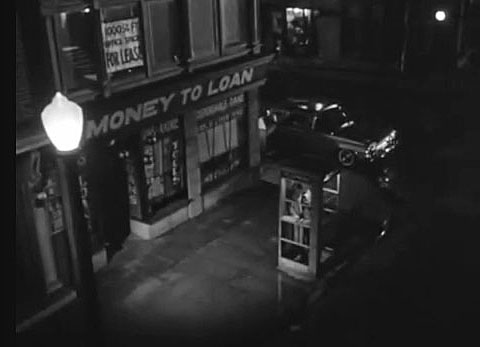 "Knock Three-One-Two" "Will the real serial killer please stand up?" Warren Oates plays a slow-witted man determind to confess to a string of killings he didn't commit. Though he isn't the episode star, he plays alongside the ever-dependable Joe Maross and Beverly Garland. Meanwhile, as Warren's character is trying to convince the police he's the killer, the real one is out there wreaking havoc. 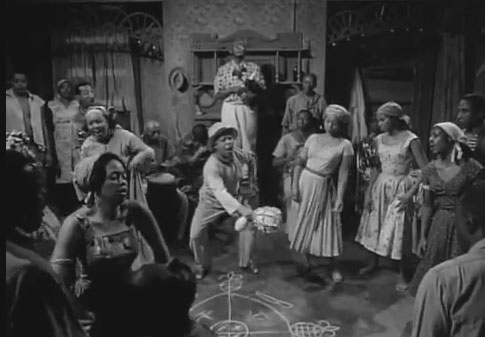 Another favorite is "Papa Benjamin". In this episode, pianist (John Ireland) composes a rhapsody stolen from a secret voodoo ceremony that he'd eavesdropped on. Naturally, he calls it the "Voodoo Rhapsody" and it becomes his most popular and requested piece. Of course, the consequences of eavesdropping on someone else's voodoo ritual are deadly.

"Guillotine" is a classic episode, and by far one of the most entertaining with a cinematic feel to it. Marvelous character actor Robert Middleton is the city's renowned executioner who just wants a little love and companionship in his life. Granted, a profession like his doesn't inspire casual conversation, he gets his wish.

Charmed by a local beauty who takes a faux interest, Monsieur de Paris-our local head-chopper-finds love at last. However, as sometimes can be the case, getting one's wish isn't all it's cracked up to be. 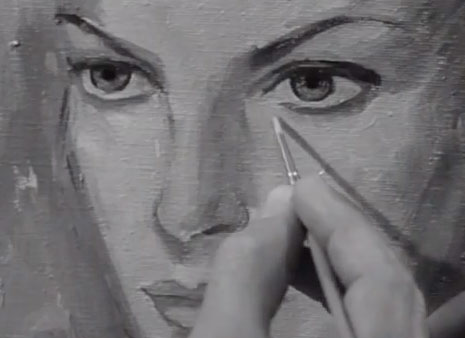 I loved "The Devil's Ticket" In that episode, an artist pays the price for fame and fortune by making a deal with the devil. The payment: he must paint a portrait of somebody that truly captures their soul. Edgar Allan Poe's "The Premature Burial" was handled with perfect aplomb, and I actually prefer this episode to the Roger Corman film of the same. 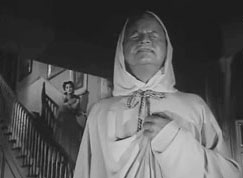 The Episode did feature Boris in the lead, and one creepy crypt shrouded in ankle fog and guarded by the signature wrought iron gate. "Pigeons from Hell" was one of the weirdest episodes of all, and perfectly kid-creepy. Another fascinating episode involved a child serial killer and a case of mistaken identity. The episode was "The Fingers of Fear" and had an excellent Robert Middleton cast as a slow-witted man who appeared to be the murderer. Similar is the episode "Knock Three-One-Two" which has a serial killer roaming the streets. 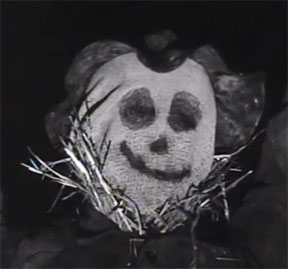 "Choose a victim" was a crime thriller, and one of my favorites with an interesting twist. Perfect Halloween fare came with "The Hollow Watcher" about mountain folk, superstition and treachery. Another fun episode was "Late Date". This one is a very fine crime drama with lots of tension as the main character-forced by circumstance-lugs a body rolled up in a carpet for miles along a hillside road at night. The craziness of some of "Thriller's" plots only made the show more credible, and as it served up its entertainment with just a dash of Hitchcock and a sprinkle of Twilight Zone, one can't help but be drawn in like a magnet. 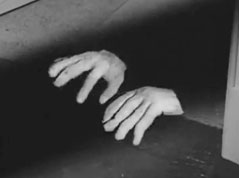 Boris was my favorite anthology host. He was truly an actor and with tremendous stage presence. He could address an audience like he was delivering Shakespeare. Rod Serling was my second favorite; hosting The Twilight Zone, he was great, but later on in the 70's when "Night Gallery" premiered, Rod was at the top of his game. Though the two had styles as different as night and day, and considering also that Rod was not an actor, but a writer, he didn't do half bad. Karloff the Uncanny knew how to take command of the stage. If a prop dagger was part of the story, he'd run his finger along the edge and smile to let us know that it was sharp. Boris was the perfect host. 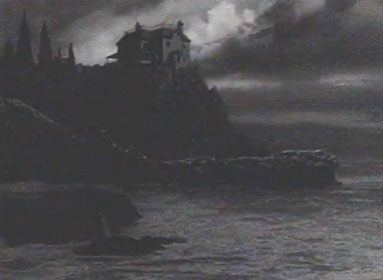 Thriller offered up so much that a kid could want when watching horror shows, and many of its sets were very reminiscent of William Castle productions. There were so many fantastic episodes, a few of which, featured Boris himself. There were ghosts, guillotines, premature burials, chopped off hands crawling across the floor, creepy witches, psychotic pigeons, devils, creeping serial killers, and a twinge of sci-fi. 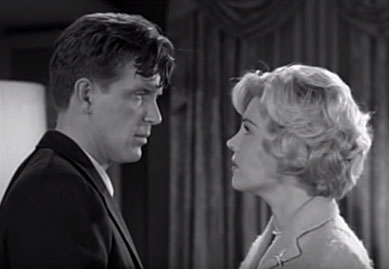 Suspense was one of the better genres handled by Thriller. Though I admit I did like their ghost/haunted house stories the best, I couldn't help get drawn into the suspense elements of Thriller. One of my absolute favorites is "The Storm". Atmospheric background is Thriller's daily bread, and the show made splendid and almost theatrical use of it. The sets were horror movie quality which only made each episode more engaging. 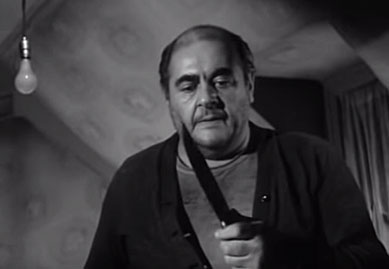 Oddball twists like in the episode "A Good Imagination", lent just a slight touch of humor without losing any momentum as far as suspense was concerned. 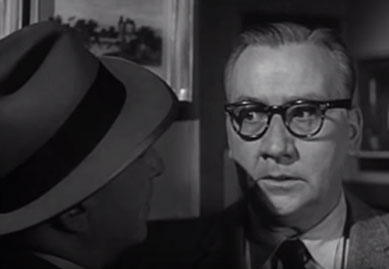 Strange plots were a-plenty, especially in the episode "The Fingers of Fear" where the touchy subject matter of a child serial killer is the theme. Actor Robert Middleton was a standout in this episode delivering the same high-quality performance as he did in "Guillotine".

Finally, Thriller gets a thumbs up from me for only presenting one "comic" episode. I've never been a fan of comedy in thriller/horror anthologies, and "Twilight Zone" and "Alfred Hitchcock Presents" both had way too many of these. The two seasons that this show ran, were two of the best years television has ever seen, and Boris Karloff's Thriller is indeed DVD Box set worthy. Note: The engineering of the DVD release has seen fit to infinitely mess up the audio, with opening/soundtrack music blasting far too loudly in the background.