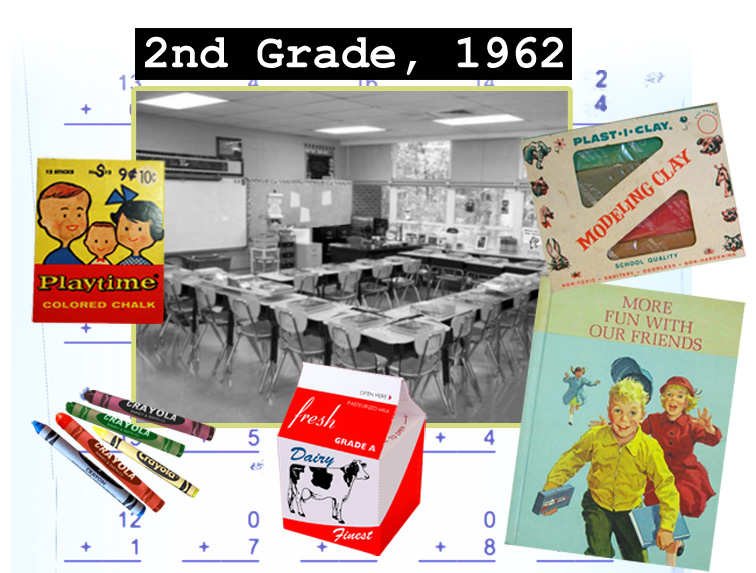 Second grade was an interesting growth period for me. There were so many things in the world that interested me. I had a great monster card collection, a fairly decent rubber bug collection, and an imagination that drew fun and excitement from the very molecules of endless thought. 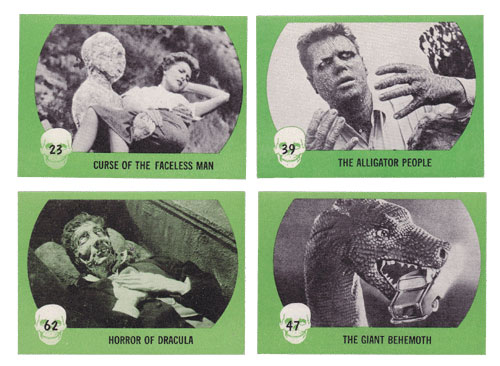 As a second grader, I'd charted islands and navigated corners of the earth unknown without ever leaving my secret hiding place behind the sofa. I was a jungle adventurer, soldier, cowboy, and quite unfortunately, a student. For Christmas that year I'd received a "Jungle Jim Safari" set. (To this day I cannot find a pic of it!).

My parents shopped at a local grocery store called Tradewell. On the very top shelves far above the food items, giant toys were stored to tantalize us kids once Christmas time was near. The "Jungle Jim" set had a hunting rifle, canteen, pith helmet, and a flashlight. 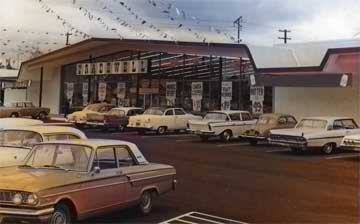 TV was fantastic too. My favorite show on Saturday morning syndication was Sky King. I also used to watch Bomba the Jungle Boy, Superman, and many cartoon favorites. I used to love (and still do), cartoon greats like: Hokey Wolf, Yakee Doodle and Chopper, Jinx the cat, Pixie and Dixie, Rocky and Bullwinkle with lovable characters like the sinister Boris and Natasha and the unforgettable Biggy Rat and Itchy Brother. 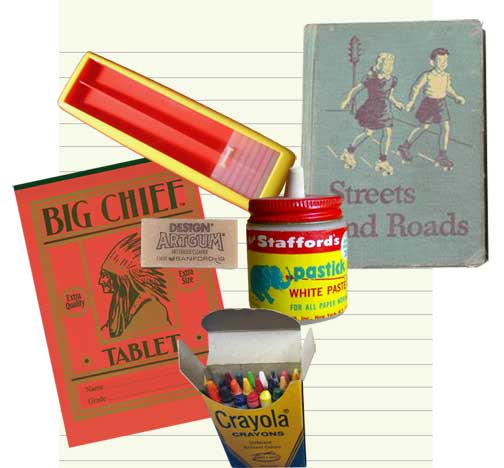 And what about those wonderful school supplies? Didn't the Art gum erasers smell so good? It's a given fact that Art gum erasers were meant to be thrown at people's heads when they weren't looking. Didn't the white school paste taste minty-fresh and good? My brand: LePage's white; Fewer calories, less fat. 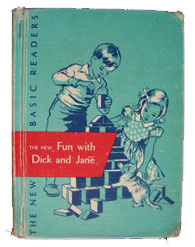 I was also navigating my way through reading via the "Dick and Jane" series of readers.

The plastic pencil boxes were also really cool. I had a red one. Tootsie Rolls and Grape gumballs fit inside nicely. Rulers were only good for holding down on the edge of your desk and then flipping the hanging end like a diving board to get that cool vibrating sound. Pink Pearl erasers were good for anything but what they were intended for. You could stick pins in them and make great spaceships. I also fondly remember my first tablet which was a Big Chief. It served me faithfully all through 1st, 2nd and 3rd grades.

The Colors of Second Grade 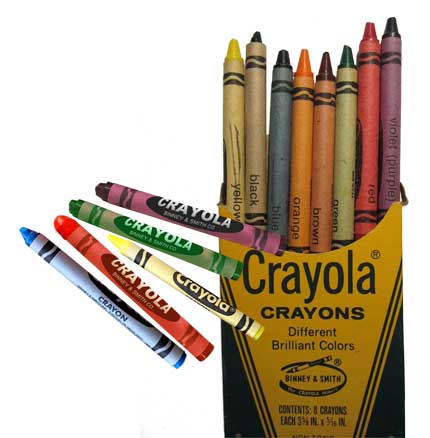 Crayons were the ultimate. My favorite color was Blue-Green. I adopted this color when my mom got me a coloring book of clipper ships, and I felt so artistic coloring the ocean waves.

Coloring, and coloring books guaranteed me hours of delight in front of the TV. Just like life, It was difficult at times, but best to try and stay within the lines. 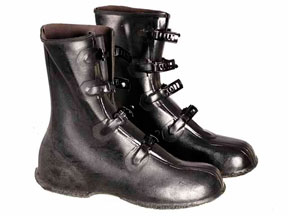 Remember these rubber boots with the snap clips? They kept your feet so warm in the frigid temps.

On a windy Friday of October the 12th, came The Columbus Day Storm of 1962. This was a freak hurricane that struck Oregon. 80 mph winds tore up the city leaving 17 dead, and hundreds injured. I still remember the night of this storm. My mom made us crawl under our beds. We spent the night there. My dad put as many quilts as he could find over the picture window in the living room. Outside I could hear the winds ripping, and tearing apart the landscape. It sounded like our roof was coming off. I had a bunch of new little cars. They were Tootsie Toys, my pre-cursor to Matchbox Cars. I was playing with them under the bed, and even though the chaos was outside, I was thinking that this was all some great adventure. When I awoke the next day, our tree had fallen into the neighbor's yard blocking his car in. Luckily it narrowly missed his car.

October of 1962 was difficult time. World events that I hadn't paid much mind to, terrified my parents. The first and most influential event was the Cuban Missile Crisis. It scared me to see my parents so frightened. The family television that once was entertainment central, soon became a morbid and terrifying fascination. As I ran around the neighborhood playing war, I had no idea that the real thing was actually taking place. The terrifying part of all was that this recent conflict could have quite possibly been the very last war on earth, and the end of mankind. I recall the word "Kruschev" being uttered constantly. The word became a name, and the name soon attached itself to a round bald-headed face that became a symbol of evil in most American households.