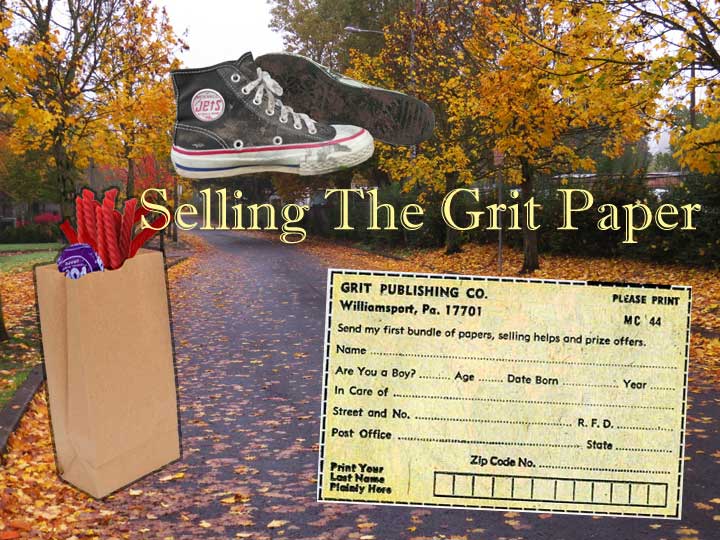 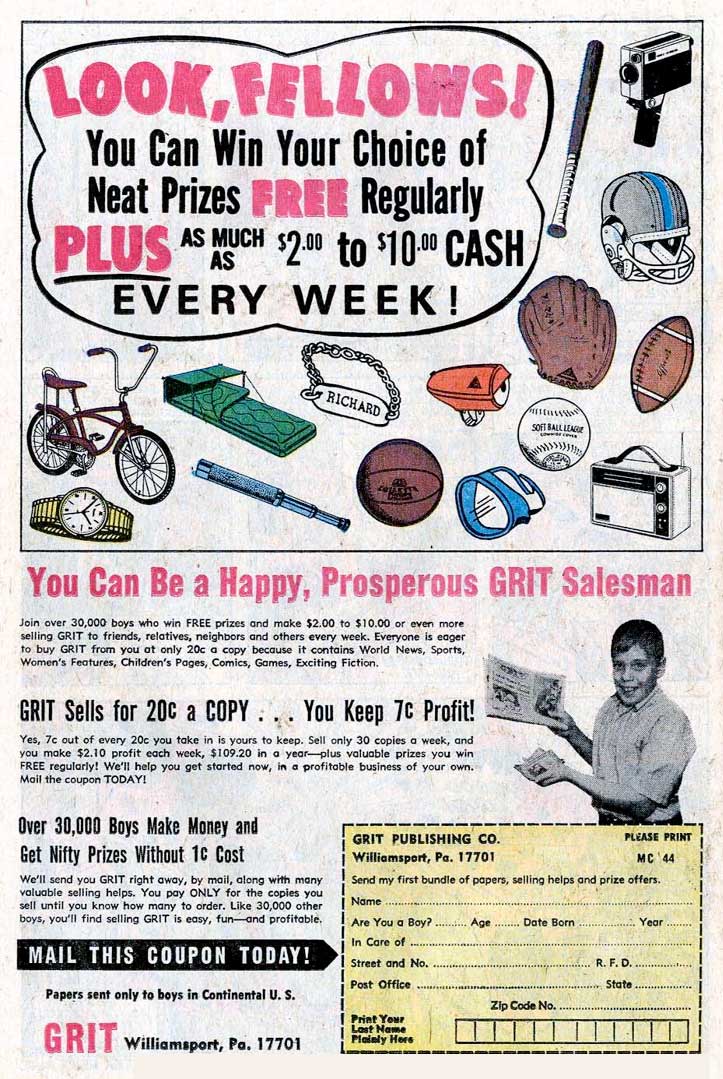 My best friend Jim was a die hard. He rarely quit anything he ever started. Where most of us guys saw the futility in many things, he did not. I had to admire this type of dedication for it was the stuff that men of vision were made of. To begin this tale, I'll throw in some elements of danger - chilling cold, snarling dogs, empty doorbells - and the promise of a future that was never to come.

"I know how we can make some real money," cried Jim over the phone in excited tones.
"We can sell The Grit newspaper door-to-door!" I'll admit the ad looked great: newsboy holding a copy of the heralded publication amidst a background of fabulous toys and prizes that could be earned by peddling throughout the neighborhood. Great bonuses and easy profits appeared to be a cinch; all a guy had to do was sell the one paper that nobody in their right mind could live without: The Grit.

The ad boasted the following: "Sell a copy for twenty cents, you keep seven cents." For once, those ridiculously stupid times tables we were forced to learn in school may have come in handy at a time like this. If we sold one hundred papers that would be a whole two dollars - no, wait, let's bump that decimal up one point; that would be twenty dollars! What were we waiting for? We needed to get out and sell that thing! My mind began the cash-registering: twenty dollars equals ten dollars apiece; man, we could sell a hundred of these in an hour easily. Why go to school anymore? We were already rich! A true mathematician will note that I conveniently omitted the percentage owing to the Grit folks.

[ SCENE: S.E. MALDEN ST. 2 BOYS ARMED WITH HUNDREDS OF GRIT NEWSPAPERS. IT'S THE DAWN OF A DREAM. WIND RUSTLING BRITTLE BRANCHES, LIGHT TRAFFIC SOUNDS. BIRDS ARE TOO SMART TO BE OUTSIDE. ]

I can't tell you how many doorbells we rang, or how many times the words "no thanks" could be uttered with such frequency, diversity of tone, characterization, and dire urgency. It was indeed a "no" world. The Grits weren't getting any lighter, and we'd covered many blocks. Some of the "no's" came in the form of a shaking head, or worse-a door shutting in our faces. It was very cold outside. 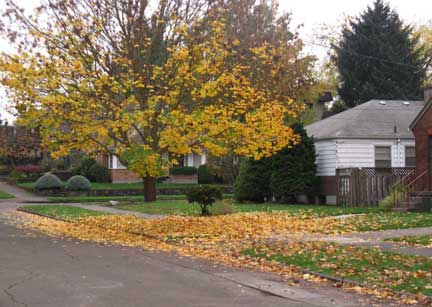 The movie "Jason and The Argonauts" was going to be on in the afternoon which was only a few short hours away. The day was not getting any warmer, and the streets were not any softer on the feet. 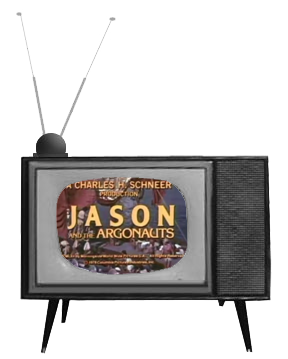 "We're not going to make anything on this stupid paper," I said.
"We haven't even given it a chance yet, we could still make some good money," Jim argued.