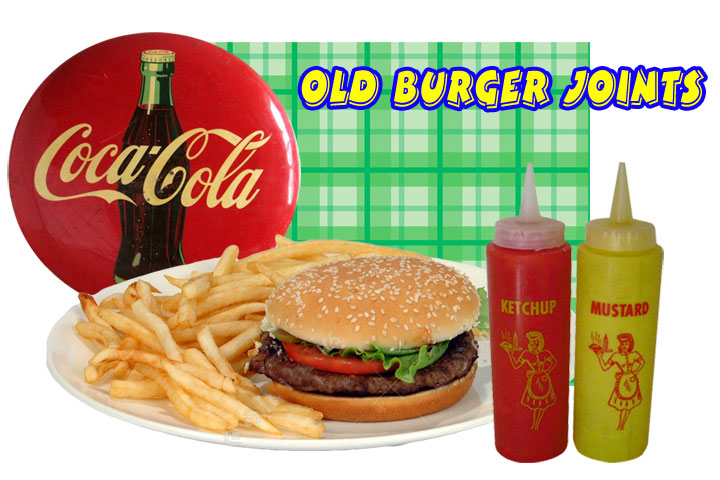 During my growing up in the '60's, there were lots of fast food places to get the usual hambruger, fries and shake. of these places didn't have any indoor seating and you had to order at the window outside. I had two favorite places in the whole world: McDonald's and Arctic Circle. There were others, but our family usually bought burgers from either one, or the other. The fast food burger joints were no doubt the best places to be on a weekend evening. Guys, (and sometimes girls) ,would bring their cars and it was like a massive cruise-in with food. 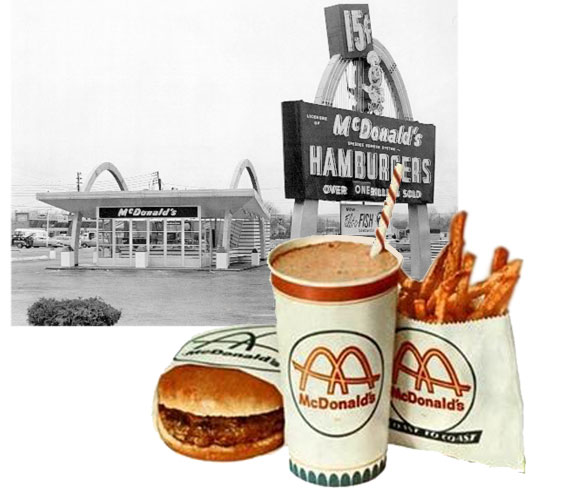 Music was heard from car radios far into the night, and on a hot summer evening, the hamburger joints were some of the best places on earth. In 1964, hamburgers cost around 19-24 cents apiece. Fries were about 15 cents, and you could get a shake for 29 cents. A family of four could get a generous fast-food dinner for under five dollars - something that's impossible today.

McDonald's offered hamburgers for 15 cents, and cheeseburgers for 19 cents. Even during those days, that didn't seem like a lot of money; it seemed very reasonable-again-unlike today's prices. I really loved the fries at McDonald's, and the milk shakes were great! Milk shakes and drinks came in one size, as did fries. Some places served items like "jumbo" burgers for a nickel, or ten cents more.

Secret Sauce was another element of product that set these places apart from each other. Arctic Circle was my favorite hamburger/fast-food place, and they used a cryptic blend of ketchup and mayonnaise cleverly marketed as "fry sauce". 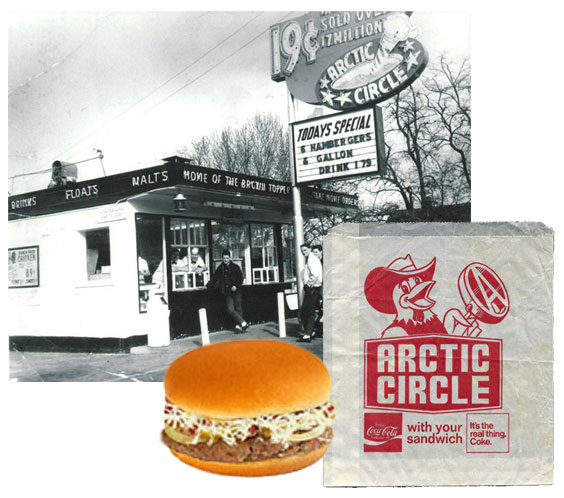 What I really loved the most about Arctic Circle was all the shredded lettuce and tomatoes they put on their burgers. I could eat one after another!

My brother eventually got a job working for Arctic Circle, and they let him bring home all the leftover hamburgers. I can't tell you how much I loved that! Some fast-food establishments also offered toy premiums.

Arctic Circle, gave away "Gonks" with every order over four dollars. Gonks were silly looking inflatable figures with a round nose and a tiny bell inside that jingled whenever they were moved. 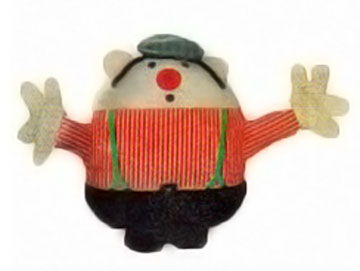 I thought Gonks were the best; my favorites were the Beatle Gonks, but they were so popular that the chains were always sold out whenever I tried to get one. 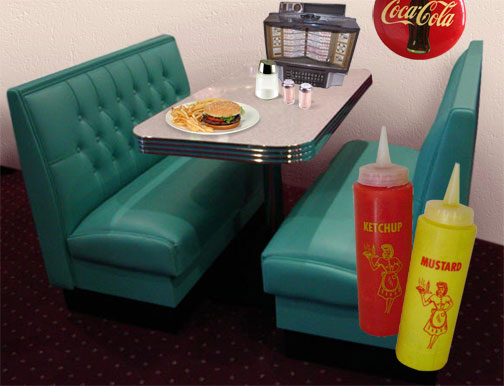 There was one time when I had my first taste of a real "home cooked" hamburger when my mom took me to a small cafe one Saturday afternoon. I can't describe how good it tasted. It was so fresh tasting, with grated lettuce, dripping with mayonnaise, and fresh pickles and tomatoes.

Everything just tasted better, fresher and the hamburger was huge! The joy of just sitting in that booth with a little tabletop jukebox was more than I can adequately describe in words. 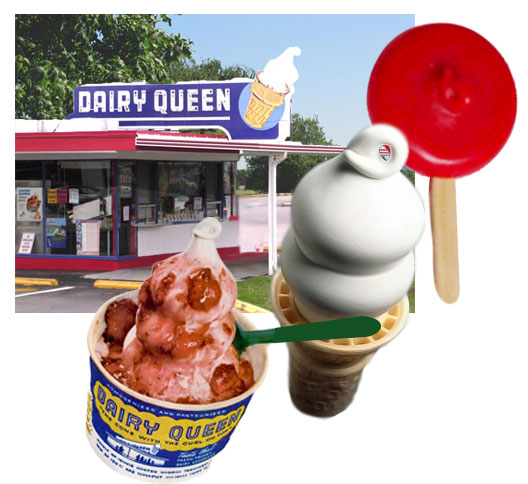 Ice Cream was another matter entirely; whenever possible we went to Dairy Queen. In those days, the stores were far and few between, and sometimes involved some driving. In one of our neighborhoods, there was a Tasty Freeze. The ice cream itself was just as good, but they didn't have the "dipped" topping that seemed to be Dairy Queen's sole trademark. 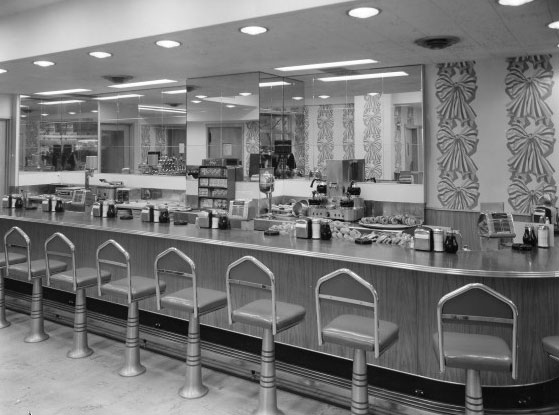 The lunch counters at Newberry's or Woolworth's were a special treat. There was nothing like parking on a little stool and spinning side to side while enjoying a lunch of grilled cheese and potato chips, or a BLT.