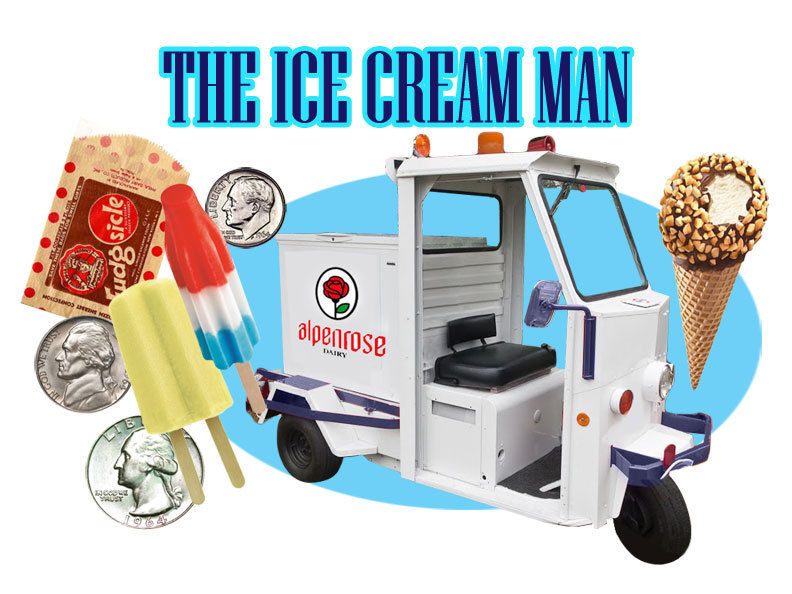 How the Ice Cream Man and his little Cushman scooter earned the name "Jo-Jo Man" is beyond me.

Still, that was the word for him in our neighborhood. Perhaps there was some sort of ice cream with the name "Jo-Jo" on it; fifty-six years later, it's anyone's guess. In any event, the Jo-Jo Man's bell could be heard ringing out a steady cadence from blocks away giving me plenty enough time to go and beg dad for nickels and, if I was lucky, dimes.

Ice cream a nickel; nothing the ice cream man sold was any more than five cents a bar. There was a little refrigerated box on the back of his scooter-truck, usually with two doors on top. Standing amongst the neighbor kids anxiously awaiting my turn to spend my money, I can recall the weak puttering sound of the engine as it idled in neutral.

Cold from the Cooler

Inside that freezer compartment were: chocolate ice cream bars, Sidewalk Sundaes, Rainbow pops, Popsicles and Ice cream sandwiches. My favorites were the chocolate ice cream Krunch Bars. Another favorite was the Drumstick or Nutty Buddy as we called it then. I was also crazy for Banana Popsicles.

The Jo-Jo Man had a reputation; one for visiting our neighborhood on a daily basis. Sometimes he was late, sometimes he was early, but all of us kept our ears tweaked from early May to mid-September. 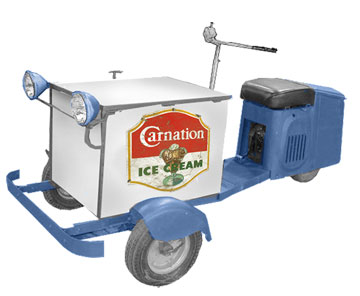 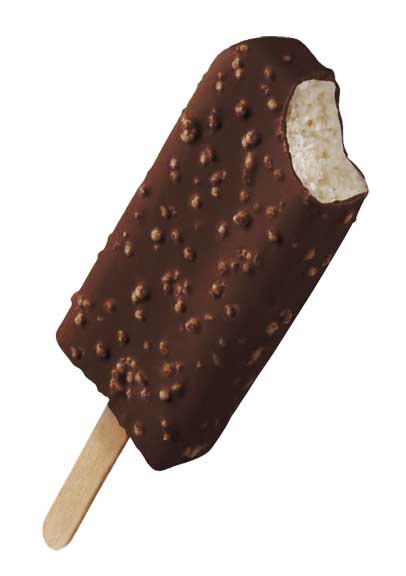