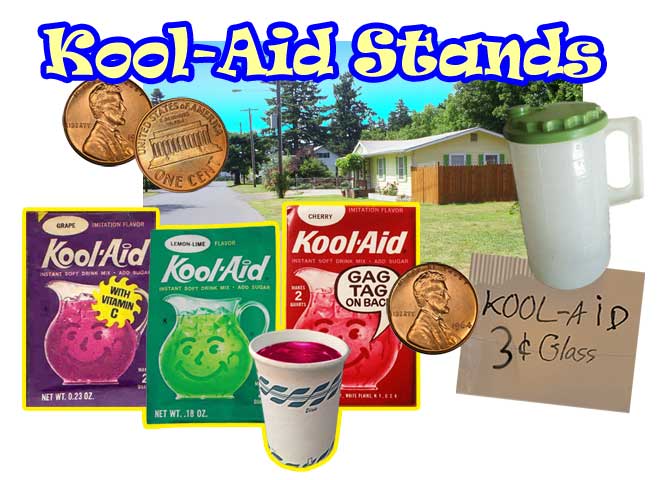 In order to be a Kool-Aid Tycoon you needed:

Parents, Patience, and a Pitcher. 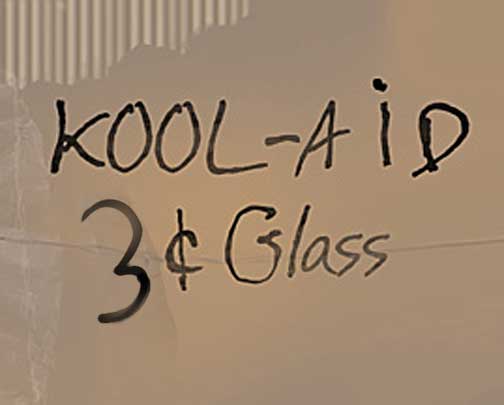 Ideally under the shade of a good tree was optimum, but the plain old sidewalk was just as good. I think I can safely say that at one point in our lives, we all ran our own neighborhood Kool-Aid stands. Mine usually began around 10 o'clock in the morning, and by 3 p.m., I was bankrupt. Still,those wonderful old Kool-Aid stands had style.

Mom made the Kool-Aid, and kept it coming when we ran out. I was in charge of both marketing and distribution; it was such a high-stress job that I ended up with a drinking problem (Kool-Aid that is). But that was okay; it gave me something different to do, a new adventure to plan on, and a way to make a fortune to spend at the corner store. 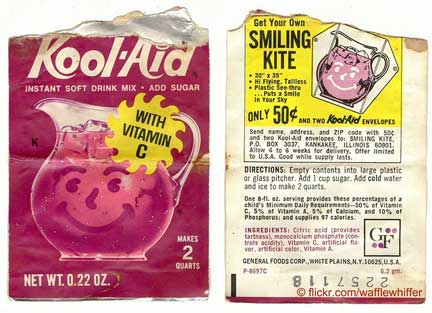 The hot summer days were enough to drive just about anybody to buy our product-even if it had been out in the sun for a bit. We gained notoriety on our blocks as young entrepreneurs of a growing and rather vigorous industry: satisfying human need. Hot summer temps made a cup of Kool-Aid worth it.

Sometimes we rode our bikes around advertising to the whole neighborhood where they could get a nice cold cup of Kool-Aid for the mere sum of three cents. (This was all part of my marketing expertise) 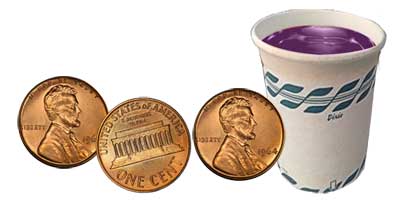 3 cents seemed to be the magic number; everyone had pennies in their pockets, and if they didn't, moms were guaranteed to have a few lying around the house. Packets of Kool-Aid cost 5 cents apiece, enventually shooting up to a dime. If memory serves correctly, the prices went up a nickel in 1965. For my stand, I used "Funny Faces" by Pillsbury. In my neighborhood in SE Portland, almost everyone was going ga-ga over the new soft drink specialty with the great cartoon faces and names to match. 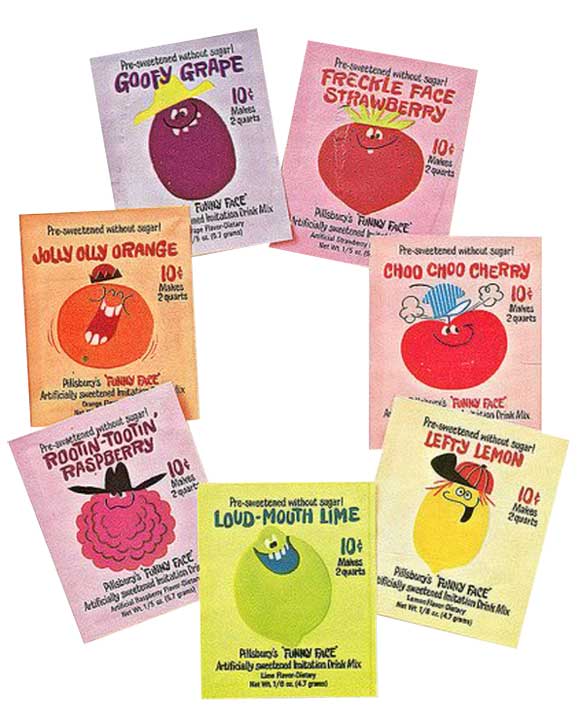 During the glorious summer of 1965 I'd become delightfully aware of "Funny Faces" soft drinks. My favorites were Goofy Grape, Rootin-Tootin' Raspberry and *Choo-Choo Cherry. *(of note: Choo-Choo Cherry was originally "Chinese Cherry" and "Jolly Olly Orange" was formerly "Injun Orange". Both flavors' names were changed and re-entered the market).

A friend and I had successfully entered into the profit-garnering business of being owners/operators of the first Kool-Aid stand in the neighborhood. With mom being our cheif supplier of both product and equipment (paper cups), we couldn't lose; Somehow, we managed to do just that, and went out of business in one day, drinking and giving away most of the merchandise.

Those were great days full of heat, and long days and promise. These paragraphs only loosely describe some of the events that took place. When we were young, and full of ideas and ideals, daydreams and drama, and childish ambitions beyond the scope of anyone's understanding, we were probably the most alive than any other time in our lives. Oh, how I long for some of those days again; to walk to the corner store armed with a quarter in your pocket; twenty-five cents could buy so much then. 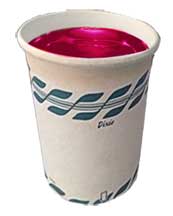 Those were the great days of running through sprinklers, having water fights with hoses and buckets, eating ice cream cones, and listening to hit songs blasting from radios. It was a throbbing, pulsating life force in a world full of color and vivid dreams that could carry us to the moon and back.

I really love those old "Kool-Aid" stand memories, and the hot summer days that accompanied them.