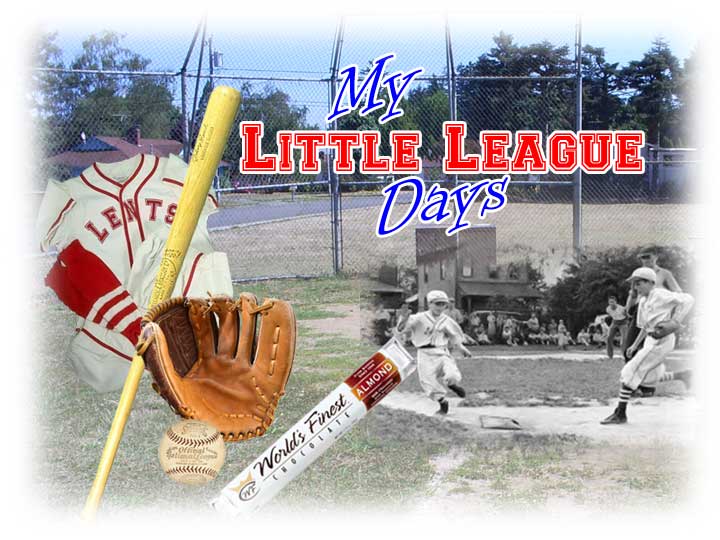 Baseball is really just a matter of physics,
momentum, and a great deal of love. 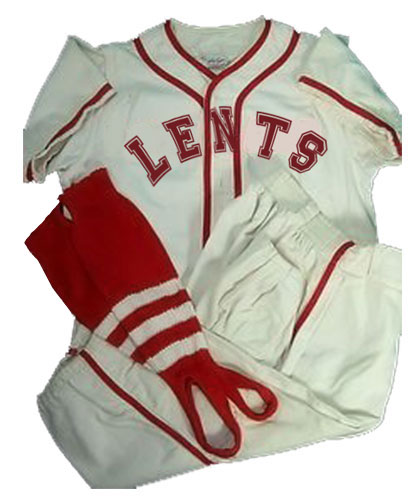 To endorse my theory, I offer up this little tale of determination and dedication on my mom's part like I'd never seen before. It was was toward the end of spring. Summer was close enough to taste, and trees blossomed into leafy canopies. Insects buzzed on screen doors, and the sun drove us to the stark shadows of whatever shade could be found. 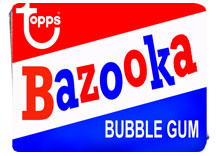 It was the season for cut-offs and T shirts and Kool-Aid. Sliding into home plate and catching fly balls were the furthest things from my mind. My parents were separated, and it was the first house we'd lived in without my dad. I suppose I was playing just a bit too much army, and watching a bit too many monster movies. Perhaps I was hanging out too much with the likes of Jerry the comic book king, and Marvin and Marshall, the twins from down the road.

The Influence of Baseball 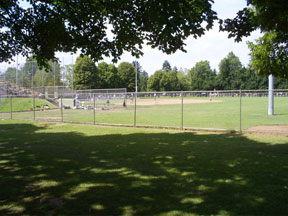 Thinking that I needed positive male influences beyond the wisdom of Jerry, Marvin, Marshall and myriad monsters, my mother decided to sign me up for little league. I wasn't really interested in baseball, and my time was gladly spent riding my bike or seeking adventures-and misadventures-with my many neighborhood cohorts. Baseball was a little boring to me. Here's how I saw it: you spent most of your time standing around waiting for something to happen, and when something did, all heck broke loose and everybody was scrambling at the last minute. Baseball was too unpredictable for me. Even though Kickball was extremely fun, (and was basically baseball using feet in lieu of a bat), I still had no regard for Baseball as a game. I had only played softball before, so my introduction to Baseball was different to say the least. 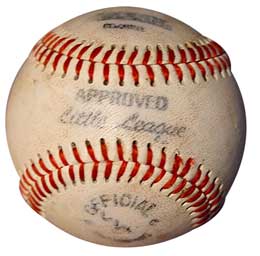 First off, the ball is small and rock hard as opposed to a softball which is mushy and larger. Second, a baseball is pitched at you-not underhand-but overhand, and at light speed! Some of those pitched balls from my coaches could've ended up in a most exemplary case of manslaughter had I not seen fit to move my head. At first it scared me; then, I learned that the faster the ball came at me (physics), the farther I could hit it (momentum). So where does love enter into it? All from my mom's dedication. We'll get to that in a bit.

When the actual practice time began, I felt nervous. It was all so organized, and quite unlike the neighborhood park games we played. This was a structured activity; everyone showed up on time and ready to play. Rules were strictly enforced and observed by all. The coaches were like Drill Sergeants and appeared to have no sense of humor whatsoever. The whole setup, the heat, the rules, the rigid structure, all reminded me of a prison chain gang. The only difference was that for some insane reason, all the kids wanted to be there. I figured that I really messed up bad when my coach made me come back from a hit, and run the bases all over again. What had I done wrong? I was doing everything that they were screaming at me to do, and what, that wasn't good enough? The coach shouted "C'mon, hustle, hustle!" a term that would be a constant in the vocabulary of organized sports. I had to come back then take off again while they watched, only this time they used a stop watch.

What I learned afterward was that they couldn't believe how fast I could run. I always enjoyed running, and I was indeed fast. I was also a tremendous power hitter, which again stumped the coaches-not to mention me. So, armed with tremendous batting power, and the speed of a gazelle outrunning a cheetah, I was re-discovering myself in the great world of baseball. 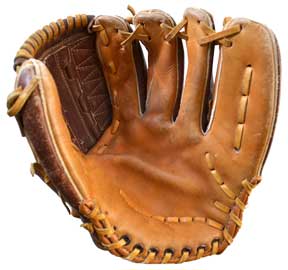 Naturally, the coaches decided to go 3-for-3, and put me into right field. It was there that the bottom fell out of my baseball career. I couldn't even catch a cold if I wanted. No matter what happened, I never caught the ball. It was a tiny dot in the air and when it finally did come close to landing, neither it, nor I were in the same place. For the time being, let's just assume that Murphy's Law is the only law that is ever obeyed and recognized. Every single time anybody ever hit a ball, it always came to right field. I swear that if a ball was ever smacked out of Yankee stadium in New York, it flew across the continent toward my right field, and missed my glove entirely.

Between practices, part of our job as a team was to break into pairs and sell World's Finest chocolate bars door-to-door. My partner Donny and I walked for miles across the barren tundra of southeast Portland in the scorching heat of summer. Our objective was to sell every candy bar in the box. Those candy bars were huge. Chockfull of almonds cemented in a brick of milk chocolate, they were manna from Heaven. These monster candy bars were tasted better than anything else I can recall. Still, nobody wanted to buy them. How unbelievable is that? Maybe it was a part of our discipline as players to go around with a box full of delectable slabs of chocolate and almonds covered in white paper and foil, and try to vend them for fifty cents apiece. 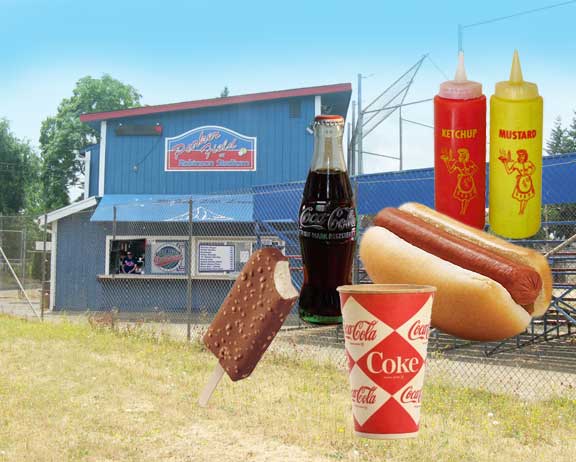 Finally the day came to play our first game. Nervously I paced; it was my turn to bat. To my surprise I actually hit the ball completely out of Lent's Park! The crowds roared, and I was a temporary star. Before that magnificent hit, my mom sat patiently listening to the other mothers bragging their kids up and down. It was time for them to listen to her for a change. The best part of this story is that I was put into left field later on in the game and accidentally caught a fly ball. During our second game, I hit the ball out of the park again. However, as an outfielder, I returned to my adept skill of managing to miss any ball that came my way. 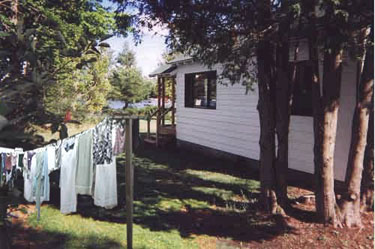 Having expounded on lightning fast runs, power hits, and the grandiose luck of catching a fly ball, I return to the true star player of this story: my mom. She was the one who practiced with me day after day, pitching, catching, and constantly working me. One day she broke several bones in her hand from catching my speed balls as I tried to learn to pitch. She just kept going, even with a broken hand. Her hand was swollen, blue and purple, and we were both stunned at how it happened. A trip to the doctor put an end to our practices together, but by that time, I had turned into a fairly decent catcher and pitcher.

We practiced consistently for the longest time, maybe even weeks, until I felt comfortable with catching. It could only have been a most excruciating period that mom went on day after day with these broken bones in her hand. Neither of us really knew what had happened, and she assumed that her hand was just sore and painful from the practice. 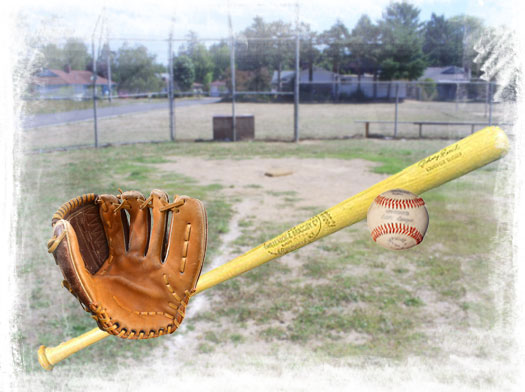 The doctor was amazed that she continued for so long. I am likewise amazed when I think back on it. It took true dedication of both spirit and motherhood to within stand this sort of pain and continue on with what she believed in about me.

Yes, Mom is the true hero of this tale; my hitting the ball at galactic distances was just a matter of physics. Running the bases at incredible speeds, was just momentum. Teaching me how to be better, and helping me to train so hard was pure love, and there's no greater element than that. I might add that my Mom was my best and only chocolate bar customer. She bought two of the candy bars which were split up between all of us boys.