FOR THE DEAR DEPARTED.

In perhaps late May, or early June my first real beloved toy, the Mattel "Tommyburst" submachine gun went missing in action. The weather that day was a gray, but very warm. Summer was just around the corner, and we'd moved into a house off 97th and S.E. Francis. My mother separated from my dad during this period, and my two brothers Pat, Mike and myself were living there.

On that dreaded day I found myself bored since there was nobody around to play with. We'd just moved into the neighborhood and I hadn't met any new kids yet. The afternoon being dull, I set out with my trusty Tommy to investigate some great army-playing areas. I needed the gun in case I across a German patrol that could possibly ambush me, or take me prisoner. Besides, a good soldier is never without his gun, and if that gun happens to be as cool as the Mattel "Tommyburst" submachine gun with the sliding bolt action, then all the better.

I'd tested the bolt action spring to make sure it didn't jam up; there was no sense in carrying a useless gun. I was eight years old and walking the war-torn, gutted out streets of southeast Portland, carrying about twenty ounces of American plastic slung over my shoulder. I wanted to be ready. I was decked in my standard assault gear: jeans, Converse high tops-black with white ball on the ankle-white crew socks and a T shirt. With a few pennies in my pocket to spend at the corner store for necessary re-fueling, I was ready for action.

Our street consisted of a dirt road which crested a rather steep hill leading down to Powell Blvd. Dirt roads were commonplace for southeast Portland neighborhoods since traffic wasn't as heavy as it is today. 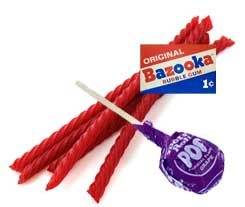 About ten blocks south from our house was Irwin's Grocery, the corner store where I invested many of my pennies. Memory will not tell me exactly what I bought, but I'm willing to bet it included red licorice and Bazooka bubble gum. 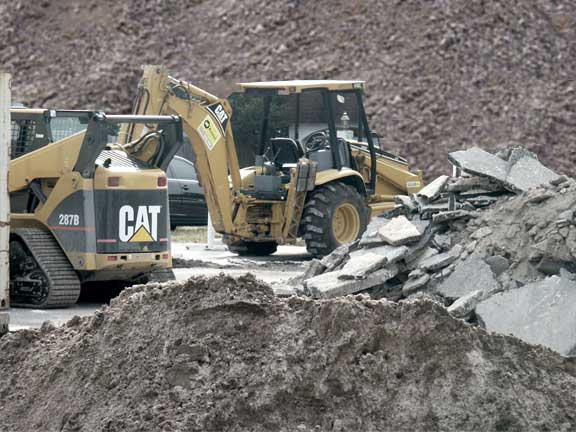 Along Powell Blvd. was a massive construction site with giant mounds of sand and gravel. With a stern finger waving in my face like a forbidding metronome, my Mom warned me to stay away from the construction areas. "They're dangerous places, and no place for you to be playing!" she said. How could they be dangerous? They were cool, with parked road graders and tractors waiting for workers to operate them come morning. There was nobody around, what was the danger? Construction siteswere the coolest places ever.

These were the places where men worked; they were sites of high adventure. When the site was void of workers, it was like a haunted burial ground where high adventure lay in wait like some malevolent spirit waiting to snare my soul. Cement stained two-by-fours lay strewn in random order; crunched paper coffee cups spotted the gray landscape, and armys of cigarette butts like fallen soldiers were everywhere. Remnant tractor and truck marks in the mud only solidified my belief that this was where the action was. It was a proverbial battlefield on which I would wage my war. On weekends, these abandoned gravel pits belonged to me. I knew better than to try and climb aboard the tractors and play with them, but the rest of the place was at my disposal. The mounds of sand and gravel were inviting. The easiest was the gravel hill. I would scurry up the side to the top, then jump into the air, landing the soft mixture far below, slowly sliding down the other side. Now that was fun. 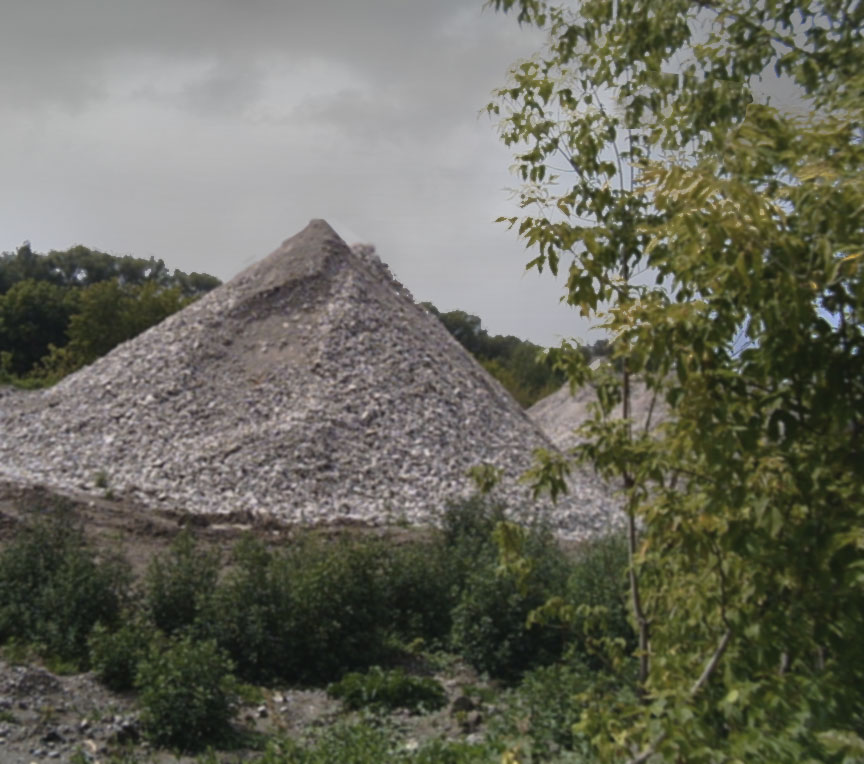 I can't tell you how many times I was able to perform that same maneuver with ease and precision. In fact, I should have been conducting military trainings on negotiating a sand hill emerging from a fixed position. I was young, full of fire and glory; I weighed 10 ounces; I was fearless of man-made obstacles; nothing could stop me. Each run up the hill left me breathless and sweaty, but it was worth it coming down. Once I made that jump, was airborne, and touched down on that gritty slope, and slid down, I was exhilarated.

So, this is basically what happened: Everything felt normal; I made my usual assault up the hill, perhaps one time too many. I can't be sure if it was fatigue, wind velocity, voodoo, or my own clumsiness, but after making the jump from the top, I lost my footing and fell head first into the gravel pile. It was difficult to believe that something as pliant as gravel could be like concrete when landing wrong. I rolled down the hill like a snowball until reaching bottom.

These places were dangerous. The gravel overtook me, and I was covered with its dust. I was stunned at first, and saw waves of crunchy rock from the conical hill shift and separate like melting glaciers. I realized my folly, and what a stupid stunt it was after all. I understood how easily an avalanche could be started. All that is needed to move mountains is to disrupt the lower portion so the rest can follow like a wave. If you were a kid who excelled at reckless stunts and survived near death, the first thing you did was check for injuries. I was okay, no skinned knees, palms, or torn clothing. (Torn clothing only leads to future injuries once mom finds out).

Miraculously, I made it to the bottom of the hill. When all was said and done, I was missing one submachine gun. I searched everywhere, mostly where I fell, but I have to admit, I was a little scared of the gravel hill and didn't care to investigate it much further. Besides, newer, smaller mounds of gravel had been created by me as I performed gravel rodeo. I was alive, though I did have sand and grit everywhere-including down my pants. (And yes, it made for a very long walk home). I can say with a degree of certainty that my beloved now lies at the bottom of northbound traffic of Interstate 205. As of the seventies, I-205 replaced a very large sector of my old neighborhood. My beloved gun, my immortal Mattel "Tommyburst" submachine gun with camouflage body and slide bolt action, now rests below six-lanes of traffic.

The walk home was sad and lonely. It was whenever I tried to hide something that Mom never missed a thing. "Where's your gun?" she asked as I came in the house looking like I was painted with dirt and grit. "I lost it," I replied in a sheepish voice. Deservedly so, I had to listen to an extensive menu of topics like "money doesn't grow on trees," and "you need to be more responsible," and further subjects along that order. Her words echoed listlessly as my thoughts were focused only on my missing companion.

This sad tale is my requiem for a machine gun, a favorite toy, and though a sad memory, beautiful in its own way.