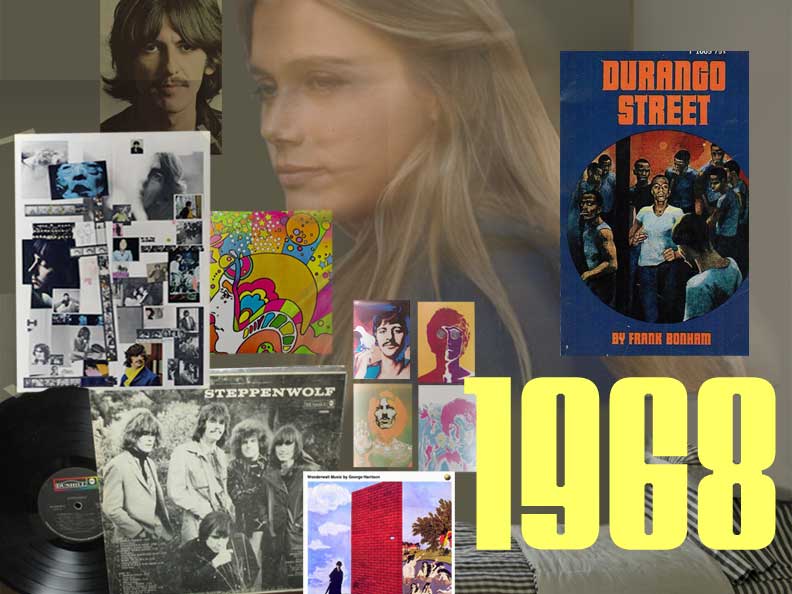 The only thing I recall for certain about 8th grade was that I hated it with a passion. I only had one ambition that year: to get it over with as quickly as possible.

1968: The things I loved most, the toys, and the TV shows were changing, and sadly, so was I. I'd moved to a new school that I hated as much as I hated the school year. Nothing good came out of my 1968 school year, but good things did happen in the year itself. If it weren't for The Beatles I'd have never made it through. 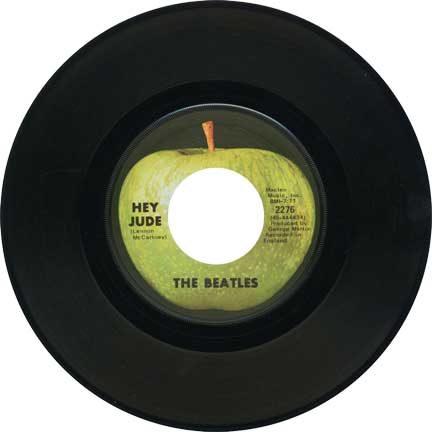 That summer I'd purchased The Beatles' White Album which I'd saved up for by mowing lawns and tending yards for vacationing neighbors. I continued to do this through the summer of 1969 as well. What seemed ultimately odd to me was that "Hey Jude" never made it onto that album. Surely it could have replaced "Revolution No. 9"! I found "Hey Jude" to be a ground-breaking piece for them, and I played it so often I had to replace the 45. 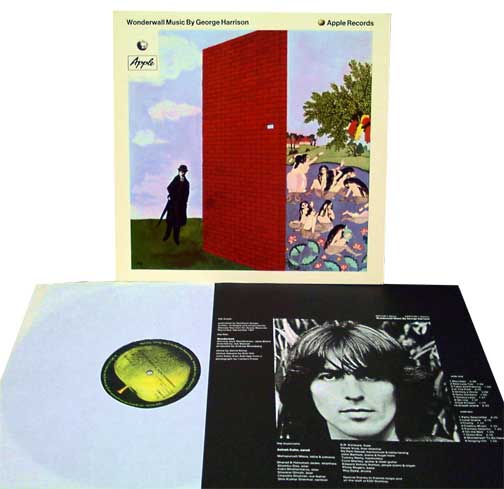 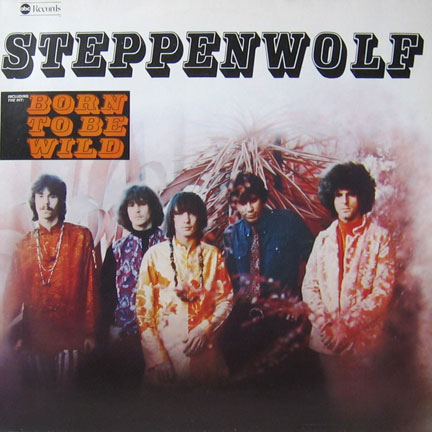 In 1968 I spent many days indoors with my favorite Beatle albums. When it was raining out, or drizzling and cold, it was especially easy to be sequestered indoors while the turntable provided a library of amazing music. 1968 was a dreary year for me in general; I mostly hated it, and figuratively speaking, if it hadn't been for The Beatles I never would have survived. I look back on those days now, and remember how captivated I was by each song on each album, and dreamed of living a life plugged into an electric guitar.

I was also introduced to Steppenwolf that same year, and I loved them so much that they shared equal billing with The Beatles in my musical world. I loved their albums, but began to drift away with the "Steppenwolf at Your Birthday" album as it felt off balance to me.

I'm probably the only one in the world today that does not enjoy Beatle history; I like to remember them as the band that provided me so many great years, days, and hours of enjoyment. I hate to think of them at the stages of breaking up, or when they were such a volatile entity that they couldn't function properly as a group.

I was captivated by the majesty of Beatle records-primarily "Revolver" and "Magical Mystery Tour". I bought the album that year, and since I only owned a few LPs at the time it got hundreds of plays on my magical mystery record player. If there was ever a sweet spot to my dreary Sundays, this record was it. The Beatles' music in the latter '60s was more sophisticated, sending me with each listen to a much better place. Their songs were unique, tricky at times, and altogether soul-stirring; I found a delicate peace within their music that seemed a thoughtful blend of razor sharp edges and warm liquid and honey.

My room was the inner sanctum where I spent most of my time hiding out. That November I'd just picked up George Harrison's soundtrack album "Wonderwall Music." I found it to be a tremendous disappointment with only a few listenable tracks. Still, I remained faithful to it because after all, it was George, and I knew that it was important in its own way. On my wall hung the photo montage poster that came inserted in The Beatles' "White Album". I always tried to imagine life hanging out with them instead of life in the eighth grade. Alongside the poster were the 8 x 10 photos that also came with the album.

I'd also just discovered the taste treat of Toy Cookies. I can recall sitting on my bed eating them while watching syndicated reruns of "The Outer Limits" that played every Sunday at four o'clock. Mom and Dad's old discarded black and white TV found its way to my room where I could tune in every day. Cloistered away in my room, with television media and the best music in the world, I saw no reason to leave.