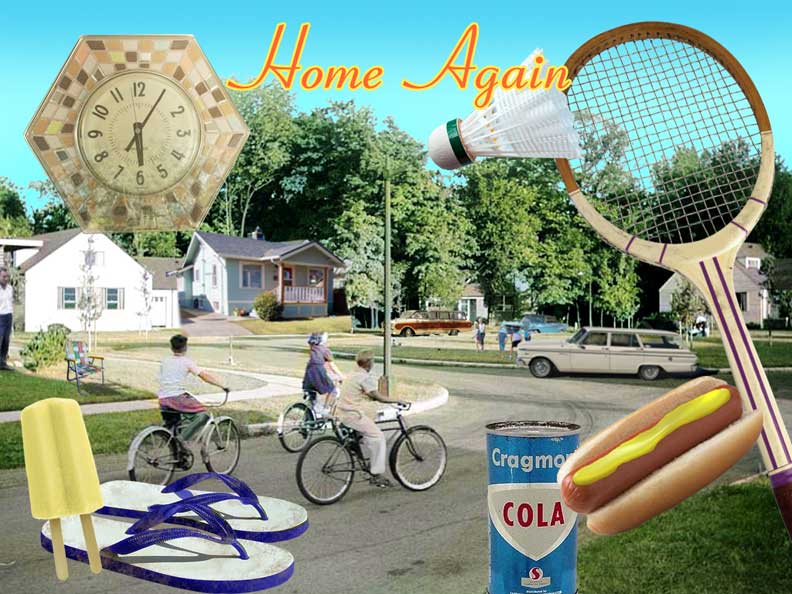 Summer evenings just before the shadows grew long and the night birds switched songs, outside was one of the best places to be. The temperature began to cool just a bit; it was still hot, but the sun was no longer as intense. I had to wander out to sunlit patches of lawn to feel its immediate rays. In the meantime, moms, dads, neighbors and neighbor kids were out in droves. Those sixties days on hot summer nights, the streets were often busy intersections of human life. What glorious days to be alive, when television only offered three, or four channels and neighbors offered Popsicles, scooped ice cream on a cone, or ice cream on a stick.

How fun it was to try and coax the neighbor's dog to run through the sprinkler with us instead of chasing us on our bikes; how wonderful it was to listen to the men make jokes that none of us were supposed to hear; how grand a summer evening was with a slice of watermelon an ice cold cola. And when the sun turned out its light, I spent long evenings with my brothers and friends on a yard blanket staring up at the stars while spotting for flying saucers. Strange worlds, monsters, mystery and covert secret agent action was perfect once the light of day was compromised.

Dads home from work meant more cars in driveways or on the street. They made great hiding places for army games or hide and seek. I ran in my summer thongs getting raw sores between my big toe, or bloody scrapes whenever they caught on the asphalt tripping me up. A Band-Aid solved all of life's problems; if our wounds got to be too red then a little ointment helped. The threat of school was still a fair piece off in the distance, nothing to get too rattled about, and the nights were meant for playing.