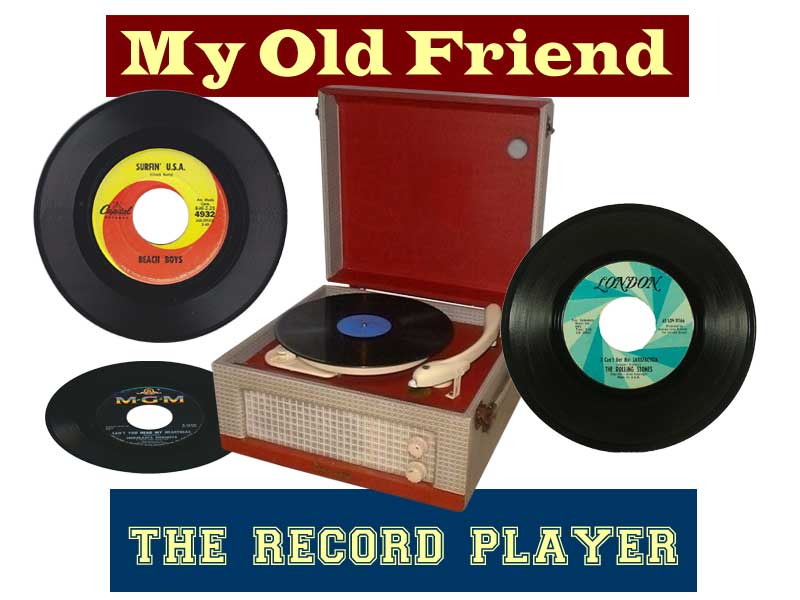 Can You Hear the Music... 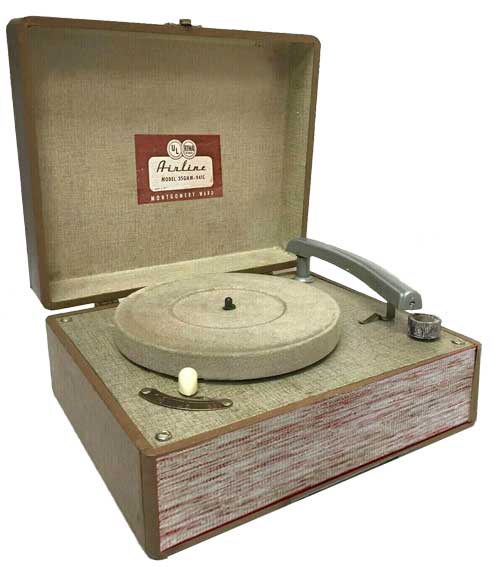 It all started with a record player; not a grand stereo, or even a superb hi-fi, but a small Ward's Airline record player with a clunky tone arm and tinny speaker. I can feel myself next to that old player, and even hear the sound the record player made when it dropped another record onto the stack. It was a wonderful sound of mechanical parts moving, shifting, delivering up the next best song. Once the needle hit the disc, there was a popping sound of instant tone, a bit of scratching perhaps, then the opening notes of something miraculous.

This was the vessel that soared my musical education to newer, and unexplored heights. Cheap, yes, but to me it sounded great, and it's what mom could afford. Just about every hit single, or entire album that was popular in the 60's eventually made it to this little turntable with the plush felt covering. 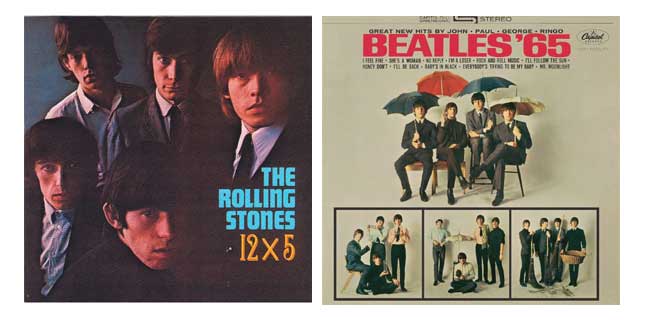 My trustworthy old player finally died around 1967. Being a reliable little bugger, my parents got me another one for Christmas of 1968. They also got me The Beatles' "Revolver" LP to test it out with. I can remember great moments in my room playing records over and over again. As the winter rain fell against the window, fantastic songs from the Fab Four were spinning on that old Airline record player. 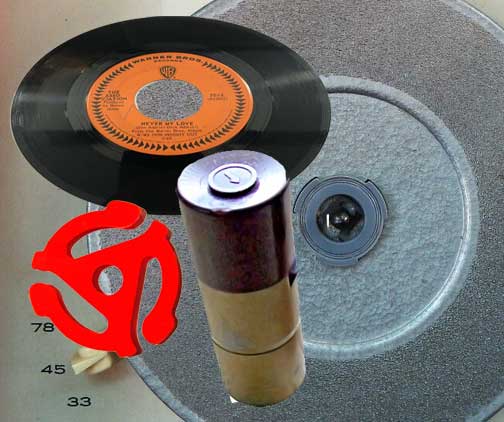 I tried a number of 45 record adaptors, but my favorite was the old reliable plastic pop-up adaptor that came attached to the turntable of the record player. 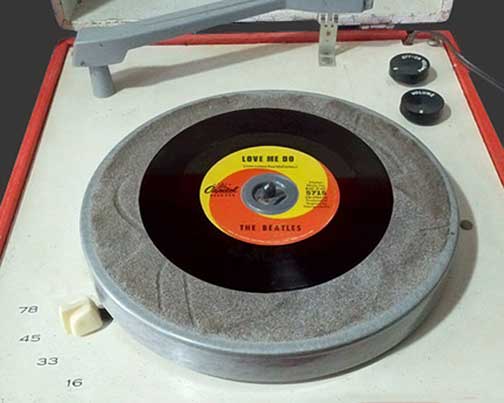 Not all of these players had that feature, but many of them did. I also tried the plastic spindle cylander that could hold several 45's at once; it was a bit too clunky for me. The standard plastic adaptors worked, but there were times when I tried to fit them tightly into the hole of the 45 adapter they'd go on crooked, and the record would play all wobbly. 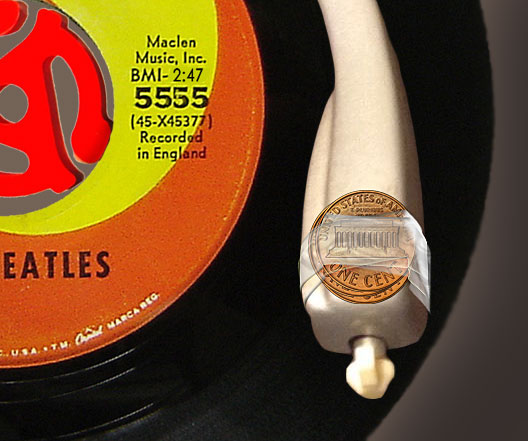 Remember taping pennies, or a nickel on the tone arm to keep the needle from skipping? Eventually when my needle got so bad, I had to use both - sometimes even a quarter to weight it down. There also was a weird ball of fuzz that collected on the needle making the sound distorted. 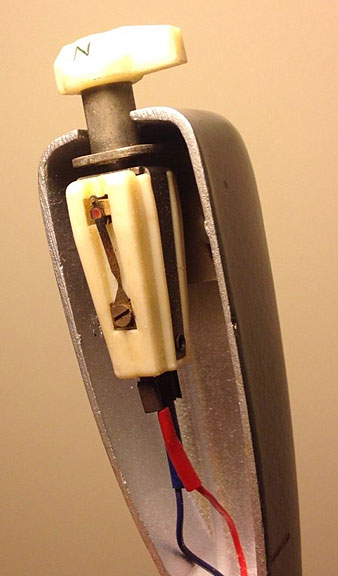 Better yet, remember having to buy a replacement needle? The diamond was sometimes mounted on a little L-shaped slab of plastic or a square plastic backing, and in the late 60's, I think it cost around Seven dollars.

It was also great fun to turn my favorite song into an "Alvin and the Chipmunks" rendition by simply adjusting the speeds to 45 or 78 rpm. Such idiotic hours of fun kept me happily occupied.

I really loved my old record player, and it lasted clear up into high school. I finally got a portable stereo on my sixteenth birthday, but the best songs, and best memories are still coming through loud and clear on that cheap little speaker.