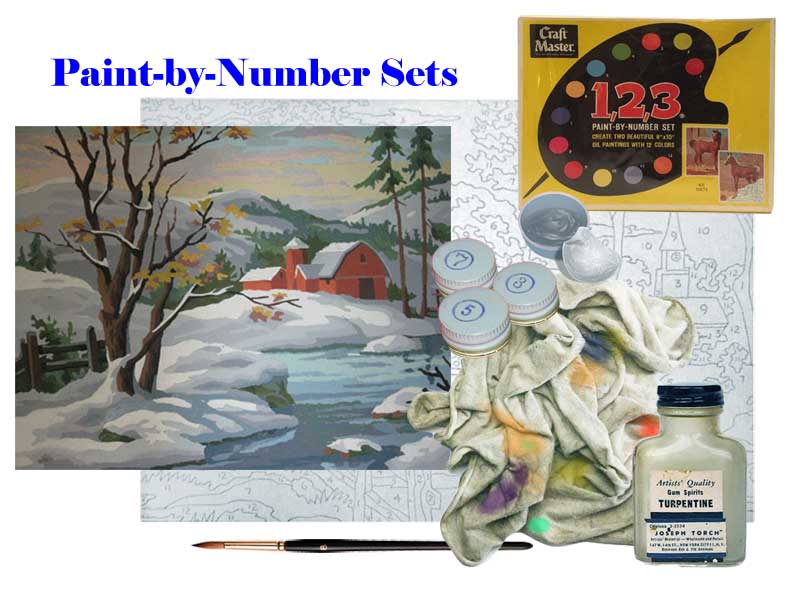 Mom often sat at the table to do her paint-by-number paintings while I watched in envy at each meticulous brush stroke. The oil paints and the turpentine had their own unique smells, and watching her clean brushes on paint-stained rag was fascinating. 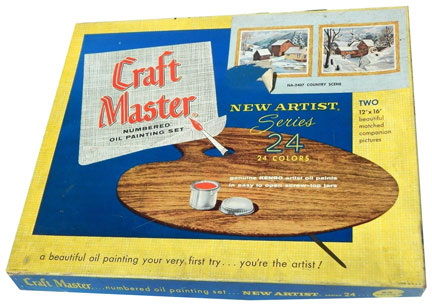 The kitchen was like Heaven; every nuance, and every tale of momdom was told by appliances, counter utensils and other things that made the place uniquely hers. The red rose potholders, the white salt and pepper shakers with plastic fluted sides, and even the hand towels with yellow flowers and green fences were flourishes of mom. I loved the metal canisters she was so excited to get with S&H Green Stamps. There was even a white kitchen utility cart on wheels that held a variety of things that sadly escape me now. 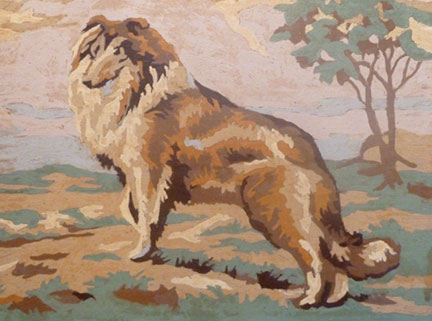 I could smell mom's applesauce cake cooking in the oven while television, loyal and dependable, provided the soundtrack to my young world. Mom loved clipper ships, and she usually got paint-by-number sets that depicted them. 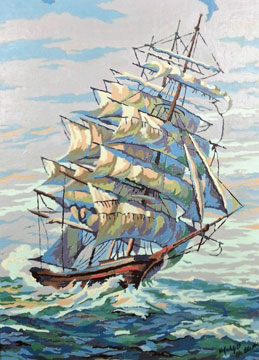 Because of this, the blue-green color of the ocean soon became my favorite Crayon color. Mom had lots of favorite sets. One that I remember was of a Collie dog; we had a Collie, and it was amazing to me how she painted into the smallest areas, and eventually came out with a finished masterpiece. I had a lot of great coloring books, but one book in particular featured clipper ships. With it I could color alongside of her as she painted. Mom never let me paint, or even help her fill in a section or two, so I grudgingly settled for my coloring books.

From the garage I heard the screams of dad's power saw, and a ringing sound when the saw cut through the wood. There was also a sort of hollow echo as the cut pieces fell to the concrete floor. I had no idea what he was building, only what was happening at the kitchen table. 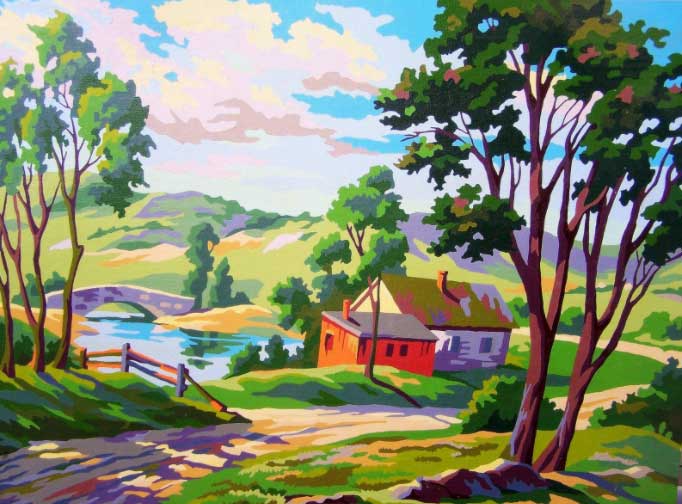 The winter of 1962 knew me as an ambitious six year-old who never seemed to run out energy, or questions. Driving mom crazy was a gift I had whenever I asked her why she did what she did in ten-second intervals.

"How come you painted it that color?"
"Because that's what the instructions say."
"What instructions?"
"Each little area has a number, so I use the same number that's on the little jars of paints to fill it in."
"Why does it have a number?" 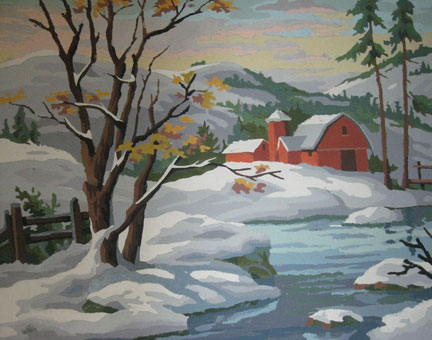 On those days, when the rain was victor and never relented, I'd move out to the living room when dad finally came in for the afternoon. Whenever he slid his shoes off and settled into the chair, I knew it was time for only one important thing: wrestling. I often pounced on his lap, and he'd pretend to fall on the floor as I proceeded to put every wrestling hold I knew on him. Dad pounded the floor three times in surrender, and I'd roll off victorious. 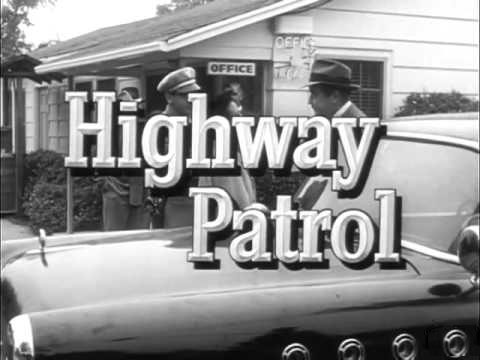 After some obligatory rough-housing, he and I often watched "Highway Patrol" or a western show in syndicated reruns. Oddly enough, dad never cared for anything to do with art, or arts and crafts, but he did like television artist Jon Gnagy's show, and we'd watch it together on the occasions that it was on. One day he'd gone to the store to get each of us boys a small bag of Blue Bell Barbeque potato chips. For some reason, that day, and the taste of those chips are bookmarked in my memories forever.

So many great things can happen over a bag of chips, and if one was lucky, something great would come on television. I still taste that rainy afternoon in 1962 whenever I eat barbeque potato chips. Life then was simple and good, and the only challenge I had was navigating the second grade.