The Toughest Kits   Aurora's Hanging Cage   The B-17 Flying Fortress
"Models are NOT Meant to be Played with
Why Does the Glue Always Get on the Windshield?!   Ed "Big Daddy" Roth 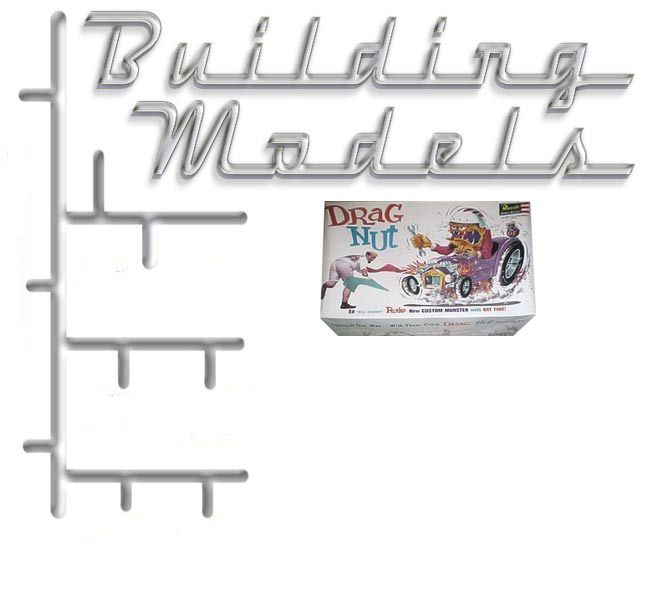 Plastic Model Kits of the '60's

"Okay, let's have a look at those instructions Muttered I, as I took a look at the instructions for building a German Panzer tank model. Every nut and bolt it seemed, was a separate peice on this monster. These models were designed by evil scientists with a mass plan to drive American kids crazy. Well, maybe that's a bit much, but that's how it felt.

Still, models were, (and still are), truly fascinating to me. The mathematical precision that went into the casting and the design, was miraculous. The molds were so perfect right down to the slightest detail. I remember a model I had of a '69 Chevy Nova, and how exact it was in every aspect.

Each curve, slope, mirror, wheel, was identical to the real thing. All you needed was a can of spray paint to have the car of your dreams. Although cars presented their own challenges, they were easier than the ships, planes, and tanks I'd tried to take on earlier.

Sophisticated models were nice, but I was used to my Aurora Monster Model Kits

which, in broad comparison, were light years easier to build.

One of my favorites-and quite easy to assemble was the "Land of the Giants" snake model. Apparently there were two LOTG kits, but I was only aware of the snake version. Another on my list of models always wanted, but never had, 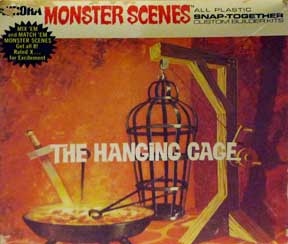 was one of Aurora's more bizarre kits, "The Monster Scenes Hanging Cage". This, and the guillotine model were enough to raise parental eyebrows. I'd always heard about these other kits by Aurora, but they never made it to any of the stores in my area. "The Hanging Cage" hung on a dungeon pillar post. Included was a firepit of heated coals and instruments of torture heating up for the next victim. Basically well-rounded fun for a kid in the 60's. My parents were okay with the Guillotine model, so I lucked out. Some kids on my block weren't allowed to have that one at all. 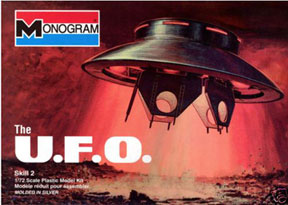 As Easy as the "Land of the Giants" model was to build, there was nothing like the no-brainer put-together of "The Invaders" U.F.O. I swear that thing only had about 4 parts to it. On top of that, it came molded in a space gray, so you really didn't even need to paint it. Still, it was an awesome U.F.O., very remniscent of the 50's and 60's sci-fi movies.

Getting back to the more difficult models, I remember getting my hands on a few sophisticated kits and asking myself "what in the world are you thinking?!" As a model builder, I was mediocre at best.
No, let me re-phrase that; I was horrible. I had the patience of my Mom when she heard the Beatles for the first time. As she shook her head, worrying about the future of the world spun on the strings of the new Rock N' Roll, I too worried about my future as a model builder. However, did any of this stop me? No. I still bought kit, after kit, because I learned that the first "tough kit" was always the introduction to a new method of model building. It wasn't long before I learned that each "type" of model, be it plane, tank, car, or figure, had its own architecture. Once you became familiar with how these things were meant to be assembled, you had a fighting chance.

Let us begin with the model that nearly broke my mental constitution in 1965: enter the B-17 Flying Fortress. 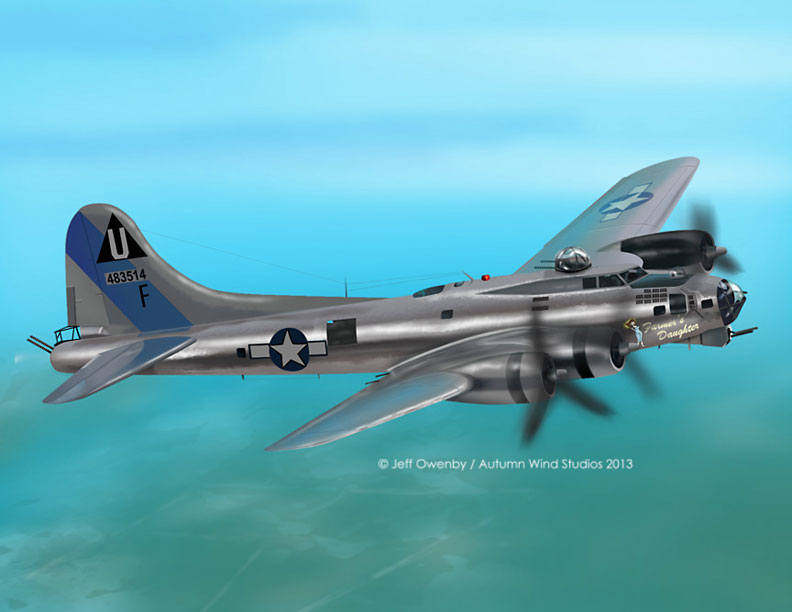 Ashamedly, I never made it through completion on this one. But why did they have to make the box art on these things so dynamically dazzling? No kid could resist them. We all saw them in our minds as "finished". So, as I tried to glue the fueslage together, one end would stick, the other end flipped up. Each time, gaping goo trails of semi-dried glue taunted me as I tried to keep both ends together. Last ditch effort: hold both ends tightly until dry. That worked perfectly until I let go. Guess what? Not quite dry yet. Now the glue is on the fingers. I'm on step 3 of an 87-step instruction sheet. "I've been on step 3 for days now. This model is going to win...it's going to beat me..." My proudest acheivements were getting the wings and propellers on correctly.

I also had the U.S.S. Arizona.

I remember how great the box art was with the ship on fire, and all the black smoke. This one seemed like a model I just had to have. I can't recall how many ships I bought, and like the fuselage problem with the B-17, my biggest problems with building ships were the hull.

"Okay, why does the glue insist on getting onto the clear windshield parts?!!"

Again, a plot by evil scientists, only this time, evil glue scientists. Better yet, a lack of patience on my part as a 5th grader taking on rocket science. Didn't you just hate it when you got glue on the chrome parts, or the parts that are supposed to be clear glass like windows and windshields? Worse yet, was when you just glued something down, and your fingers were sticky, and pulled another piece off that you'd glued previously! Aaah, the pitfalls of model building.

Who was it that said "models are not to be played with"?

Of course models were meant to be played with; you just had to be extra careful was all. (Ooooops, there goes a wheel... And didn't the parts that broke always happen to be on your brother's 65' El Camino? And didn't you try to fix it before he punched you in the arm as hard as humanly possible? You buy these things, work like a dog on them, pour out your heart and all of your creative soul into them, and what do they do? They break on you when you play with them. My mom should get the Academy Award for best performance when she piped in with: "I told you not to play with them." Eventually I did learn to rein in my patience and accept the fact that models were indeed, not meant to be played with.

Was there ever a guy more ingenious than Ed "Big Daddy" Roth? 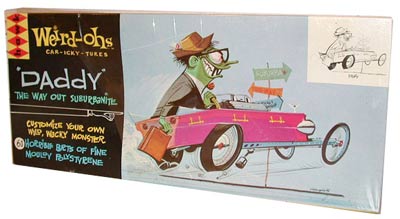 Ed Roth was instrumental in re-defining the 60's, end of story. His designs were far and above the average dragster model concept. With a bizarre blend of cartoon horror and bonafide roadster, "Big Daddy" gave us an unforgettable legacy that still lives with most of us today. Who can forget "Rat Fink"? What about "Mother's Worry"?

At my youngest phase of model building, circa third grade, I had the kit pictured to the right "Daddy, the Way Out Suburbanite." I only knew him as "Daddy Wierd-Oh", but cherished that model. I also cherish Ed Roth, for the 60's just wouldn't be the same without his creative masterpeices and all the joy they brought me back in those glorious days.
Thanks, Ed.

Was there anything better than 60's cars?

I really loved the rubber tires that came with model cars. Some of the chassis on these cars would bounce just a bit as if they had real shocks. The chrome was really great (without the glue smears of course), and the interiors were fun too. I remember building formula and stock cars. I was so cool to plaster them with the million decals that came with the kit. I would put on so many that my fingers turned pruny from spending so much time in the water dish.

One of the greatest things in the world is a room scented with model glue and enamel paints. A glass jar of turpentine always rounds off the ambiance. My room was the most special place in the house.

On a rickety card table lay the remnants of projects past and present. Old instruction sheets were spread out upon the table top, half buried in opened newspaper pages. Flickering light from my black and white TV set that blasted out prime-time 60's was my companion through the most of my work. While car wheels and axles, tank turrets, plane fuselages, or creepy hands glued to tattered sleeves dried upon the table, I'd consult the instructions for the next step. I really loved those days of building models. I guess I always will.