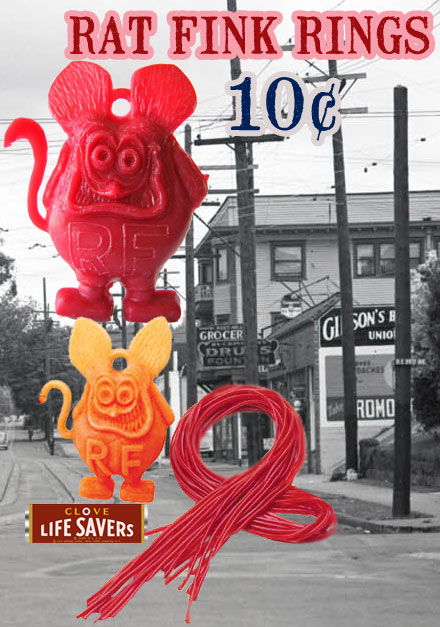 It was in April of 1964 that I discovered Rat Fink Rings. 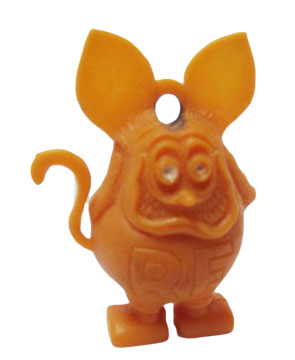 I'll never forget the excitement of discovering these colorfully unique rings for the price of a dime. I tried to collect as many colors of them as I could. I eventually went on to buy the Rat Fink model kit. The model itself was a no-brainer, with only five pieces to put together. Even at a very young age I found this model way too easy to build. Still, it was Rat Fink, and I had to have it.

Aside from the Rat Fink rings, my first major candy discoveries that year were licorice shoelaces and Clove Lifesavers. The Lifesavers I received in a Lifesaver book full of different flavors in my Easter basket. The Licorice shoelaces were, if memory serves, three for a penny at the neighborhood store. At the time my dad was separated from my mom, and he lived in a studio apartment over the The Bob White Theater. It was at the corner store in that neighborhood where I made all of these discoveries.

The Rat Fink Model was too easy. It came as just a few pieces: front and back body halves, two feet, a tail and a base. 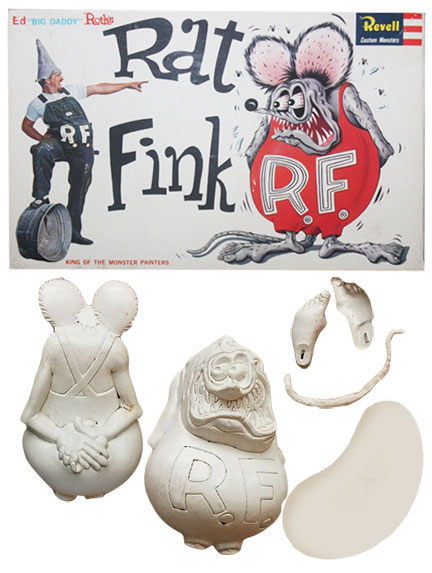 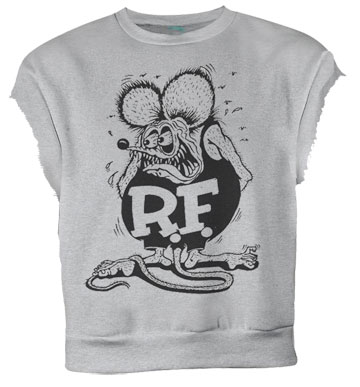 In the summer of 1964, my older brother's newest friend was quite an artist, and he drew an excellent Rat Fink on a sweatshirt just for me. Of course, I had to beg and beg, but he finally gave in. I can't remember how I talked my mom into letting me cut the sleeves off the sweatshirt-something that was really in style then. We were very poor, but she gave in and let me do it. I loved that sweatshirt.

The guy's name was Tommy Roe not the famous singer, just the same name. I was the envy of the neighborhood with that shirt. By 1964 Ed "Big Daddy" Roth was practically a household word, and his Kustom Kulture hot rodding Weird-Ohs were extremely popular. I had a few of the kits, but my favorite was always Daddy the Way-Out Suburbanite.