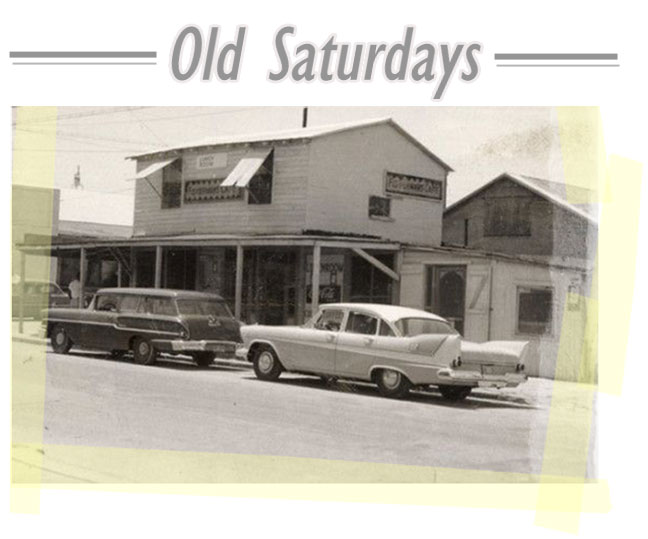 I really miss the old Saturdays of the earlier '60s. I often rode around with my Dad on his morning trip to the gas station and various other errands. He was a fill-'er-up-need-it-or not kind of guy, and made regular stops at the filling stations. topping off the tank was Dad's first priority on his Saturday to-do list. In the summer it felt so great to crack open that wing window in the front seat to let immediate cooling breeze in. Open windows were our auto air conditioning back then.

There were a few wonderful days when we'd stop at the 88-Cent store where I always found some perfect army toy I hadn't yet picked up. All of my army accessories such as canteens, mess kits, and helmets came from this wonderful store. The Marx, Mattel, and Remco logos soon became second-nature to me, and represented the very best in plastic army toys. The 88 Cent Store was pretty much the same as the dollar stores today, and I loved the wide variety of toys they had. Almost anything could be purchased there, and their sign was no brag: everything was 88 cents. 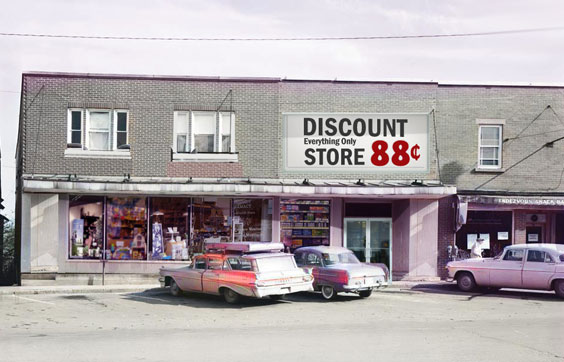 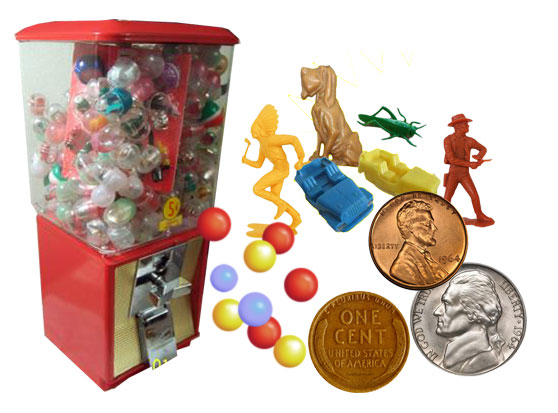 Gumball machine toys cost as little as a nickel; this is where I bought and collected rubber bugs. Most of the candy and gum was a penny, and handfuls of peanuts could be purchased in the same machine. There was a certain thrill in dropping a coin into the slot then turning the handle to the right with my other hand cupped at the pour slot. In a seemingly harmless and beautiful world, life was amazingly simple and unchallenging. The wondrous days before spring were often cold enough for a coat, but warmed a bit in the afternoons when the sun came out. Games of cowboys and indians were commonplace, and even the girls on the block played with us.

One of my favorite stores that has eventually called it quits was Pay N' Save. They had everything at this store, and it's where I bought all of my monster models, and where Mom bought us record albums at great discount prices. She had far more patience than us, and knew how to comb through the stacks to find the bargains. On days of gray and rain and days of sun and streets I had the greatest time of my life during those perfect days of the '60s.