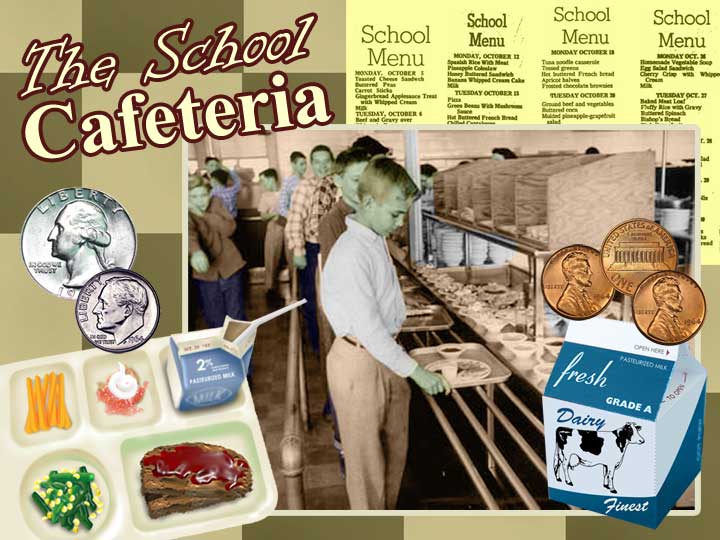 In the '60's the school cafeteria represented freedom; freedom from classes, regulations (though there were probably more regulations in the cafeteria than anywhere else in the building), and it gave us a sense of togetherness. I was free to hang out with my best friends for the entire lunch period. The windows in our school cafeteria were tall bay windows, and on the sunnier days we saw blue skies and imagined spending the entire day outside. 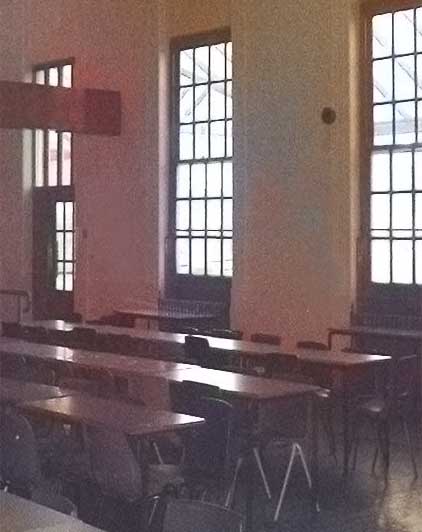 One of my favorite memories that's embedded in my brain is of a certain cold and rainy morning in 1965. I'd begun my 5th grade year at James Youngson Elementary school. It was at Youngson school was the first time I had a hot school lunch. School lunches were very good! I would get real hungry trying to digest math, but thinking only of food. I always preferred our school's "Meat Loaf Tuesdays", but just about everything they made was good. Perhaps it was the mystique of having it professionally prepared instead of mom dishing it up at six o'clock every evening. 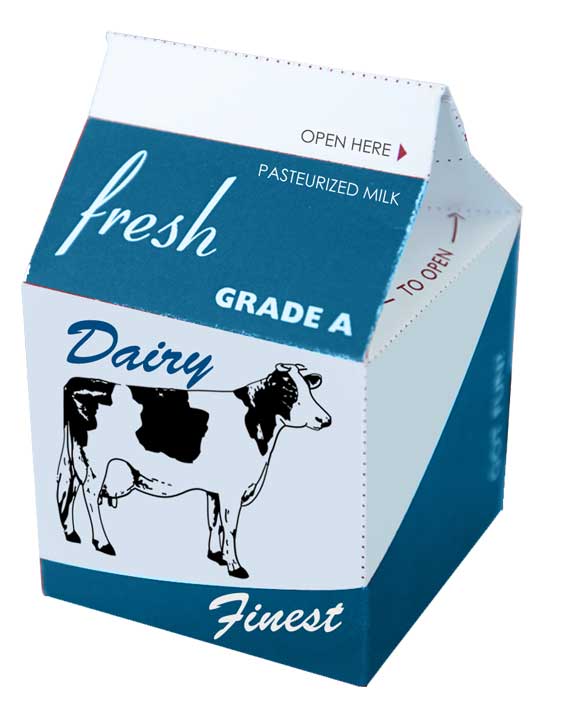 Milk was a 3 cents. On the cold and frosty mornings, when it was a bit dark outside and the rain was coming down, I had no desire whatsoever to head out the front door into the cold. The radio station my mom listened to in the morning announced the school lunch menus for the week, and for some reason, the listings of the food items for each day seemed so delicious. 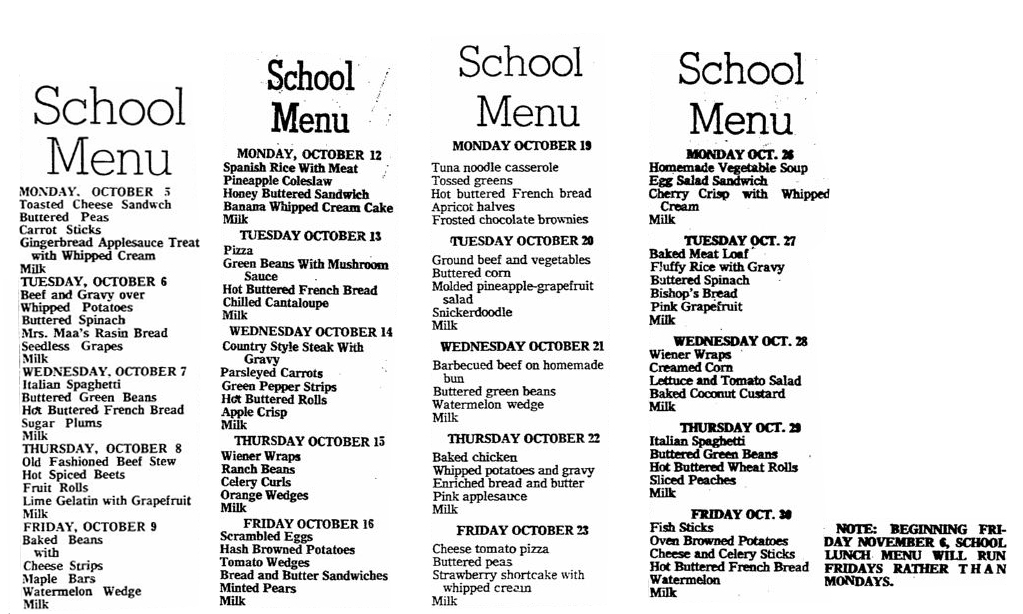 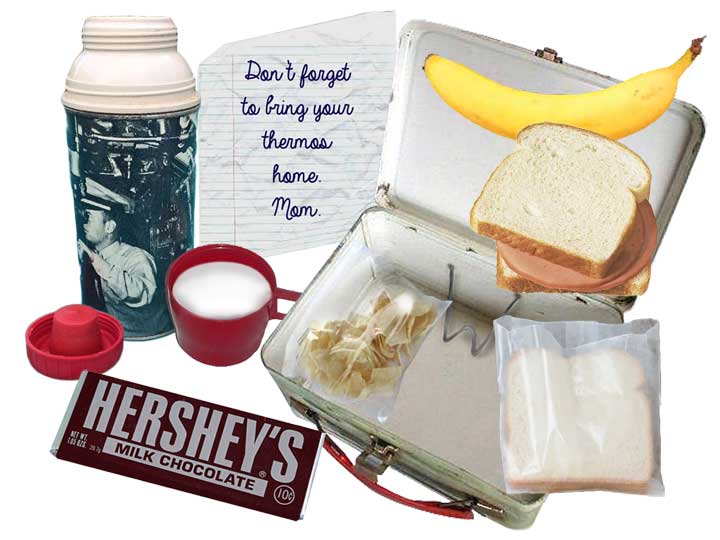 There was something about the eleven o’clock hour and the grandeur of lunch. I had a submarine lunchbox that made everything inside seem so much more appealing. To this day I can remember the tastes and the smells from my lunchbox, and even how I felt when I opened it up. I often had a peanut butter and jelly sandwich neatly tucked away in wax paper. Once I pulled out my thermos and unscrewed the cap I had more room to check out what was left in my lunchbox. There was usually always fruit inside-most often a banana-and some pototo chips wrapped in Saran wrap.

The milk in the thermos was wonderful, and on some days, as a special treat, there was a Hershey bar that my Mom claimed I would need for "extra energy." Truthfully, she just wanted to give me a special treat.

My lunchbox was a beautiful creation. Rendered with dynamic paintings of actual naval submarines, it reminded me of "Voyage to the Bottom of the Sea". The underwater views of them seemed altogether mysterious and alluring. The submarines were sleek, silent, and oddly shaped.The matching thermos was equally impressive sporting a picture of a sub commander looking through a periscope. Anything military, whether it was Army, Navy, or whatever, had a profound effect on my play time. The submarine lunchbox served as a precursor to my future as a young soldier who would engage in numerous neighborhood battles. Naturally the milk in the submarine thermos was plainly the best milk ever poured. 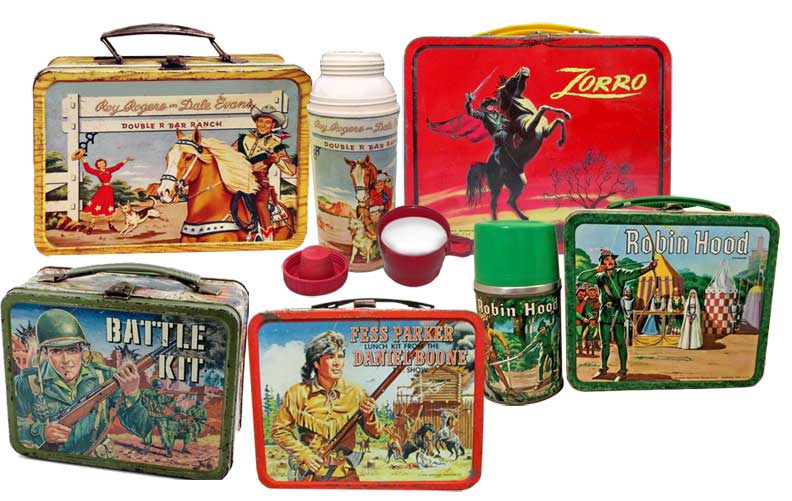 Lunch boxes that featured popular TV shows, or vivid action scenes were the best! Lunch was just so much more appealing when it came out of an especially cool lunch box!