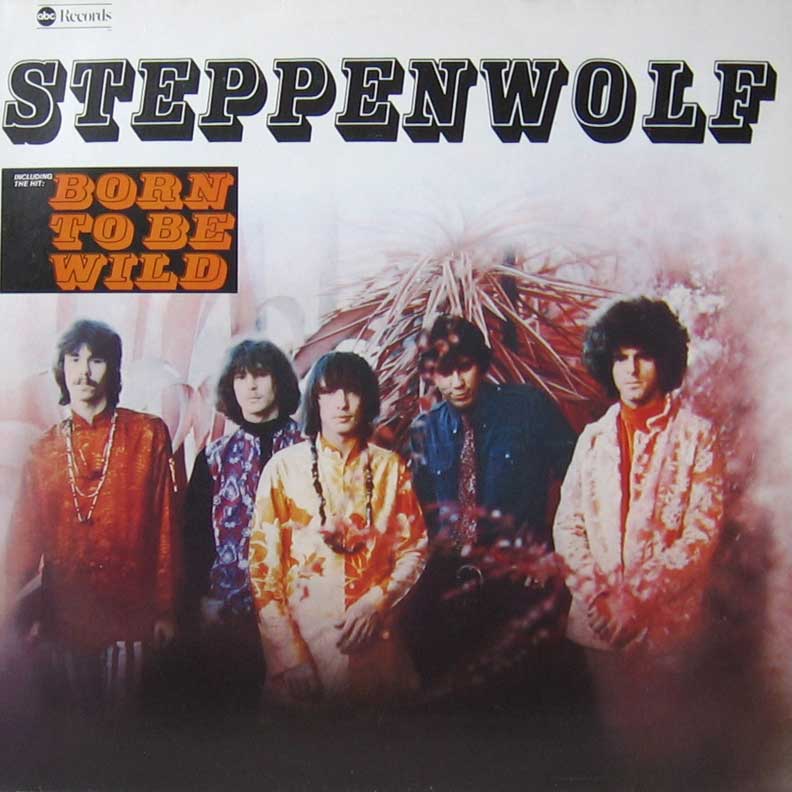 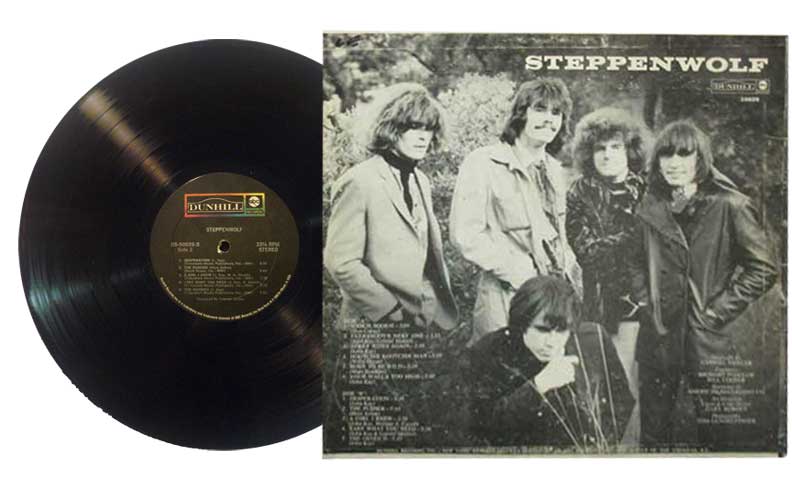 What a margic carpet ride Steppenwolf was for me in 1968!

Steppenwolf put a hook in me that I thought nobody else could! I thought nobody could ever come close to The Beatles, but there were days when Steppenwolf-for me-nearly surpassed them. Like most of America, I was blown away by their mega-hit "Born to be Wild". Everything about this band seemed to be perfect, right down to the foil covers on their albums which lent a certain psychedelic mystique to the group. In 1968-1970, Steppenwolf became a musical counter-culture for me. I wanted to listen mostly to their music, and was desperate to know whatever I could about them. Naturally in those days there was no internet to give us instant information, so Steppenwolf remained-like every other famous act-a mystery.

My earliest and most favorite Steppenwolf memories are of re-building the series of Aurora Monster Models and drawing portraits of The Beatles on a small discarded table that I used for a desk. While I worked, Steppenwolf and The Beatles constantly played in the background. My only breaks came about every 15-20 minutes whenever I had to get up and flip the album over, or return the needle to start at the beginning again. It was 1968, and the only interests I had outside of building car and monster models, was art, and trying to figure out how to play guitar from anyone who could show me a thing or two.

"Born to be Wild" was more than just a rock n' roll hit; it was an icon of the late '60s, and a serious entry into what was to be later called "heavy metal". I'm not talking about the lyric "heavy metal thunder", but the explosive-all-powerful-in-your-face chording of the song itself. That opening E major chord with the finger stretch to the 11th and 12th frets made "Born to be Wild" not only a living legend as a rock song, but a go-to piece for live cover acts to this very day. That particular riff became a '60s signature, but beyond that, it was a doorway to a newer, and more thrilling style of heavy rock. In short: the world had heard nothing like this before!

"Born to be Wild" was ground-breaking. I'm not sure if the band even knew what they had on their hands, but they were about to shatter the great wall that separated struggling acts from arena superstars. And it all started with a simple 3-note signature. Though it's not my favorite Steppenwolf song, it was, when it first came out as a single, the most-played on my record player. I had three 45s that got so much play they needed to be replaced: "Born to be Wild" (which I didn't replace, but instead bought the LP), "Hey Jude", and "Magic Carpet Ride". 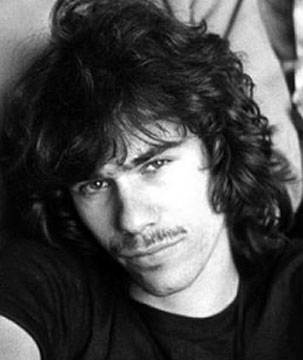 My favorite member of the band was Michael Monarch. He was the lead guitar player, and the lead guitarist was always the person I was attracted to the most in any band. Plus, he was a stylish player with a very diffinitive sound using fuzz distortion and excellent vibrato. Minor and major pentatonic scales are a given with any rock guitarist, but his use of the two sounded unlike anyone else I'd ever heard before. My biggest inspiration to learn guitar came from George Harrison and Michael. Through the years of changes, Michael has remained my favorite Steppenwolf guitarist; nobody else has come close in my opinion.

The song that begins side two of the first Steppenwolf album soon became my favorite-even over "Born to be Wild". "Desperation" is one of their longer songs by '60s definition, coming in at a run time of 5:47. Those first opening power chords followed by the wavering organ and perfect drumming, began something magical for me. The song, in fact, became the most-played on my small record player. Steppenwolf's first album got played so much that I had to replace it due to skips, pops, and stick spots. (when a quarter and two nickels taped onto the tone arm won't make it over a stick spot, then it's time to replace!) 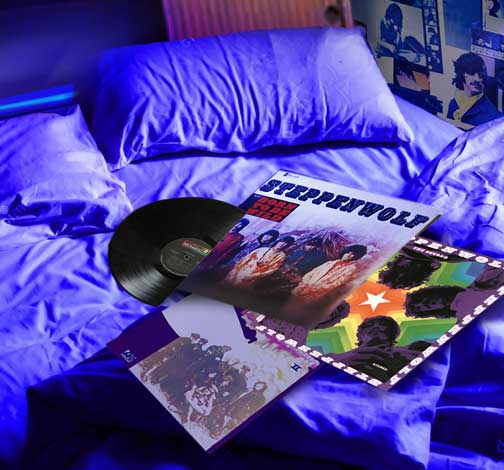 I had a small blacklight in the headboard of my bed and often sat in the purple glow of ultraviolet light playing Steppenwolf LPs over and over again. With the same frequency as playing Beatle albums, I came to know every song on every album. During this period I mostly listened to Led Zeppelin II, blended evenly with The Beatles' White Album, Magical Mystery Tour, and come October of '69, "Abbey Road" 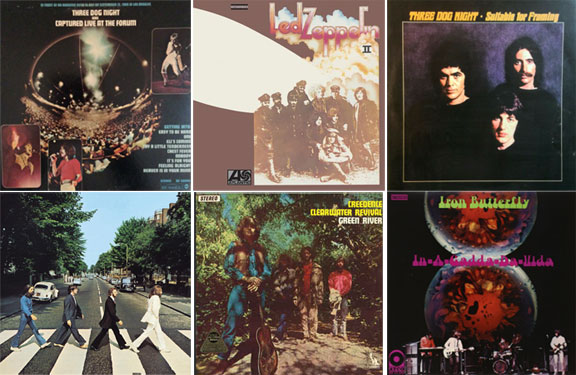 Among my favorite deep cut Steppenwolf songs were "Desperation", "The Ostrich", "Hoochie Coochie Man", and "Berry Rides Again". The song "Everybody's Next One" is one of my absolute favorites and a wonderful B-side to the "Born to be Wild" single. "The Ostrich" had a knockout chorus with great drumming and guitar chords. John Kay's politics were lost on me at a young age, and I didn't understand most of what he was singing about. However, from "Steppenwolf the Second", I did understand the words to "Don't Step on the Grass, Sam" perfectly.

My favorite albums during this period, and into 1969 were: Three Dog Night "Captured Live at the L.A. Forum" and "Suitable for Framing", Iron Butterfly "In-a-Gadda-Da-Vida", Creedence Clearwater Revival "Green River", The Beatles "Abbey Road", and Led Zeppelin II. 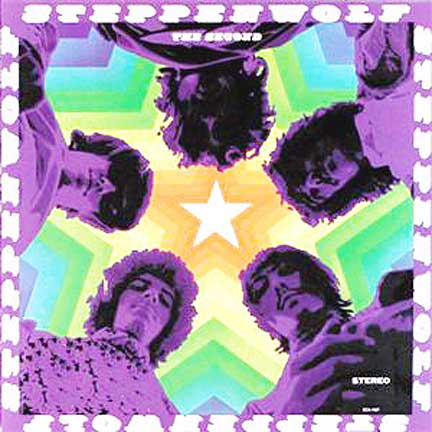 "Steppenwolf the Second" took more listens than I expected to fully love it, but I eventually succumbed. It was Steppenwolf after all, and though there were a few oddities, I gave it its fair share of turntable time. Most notably was the longer version of "Magic Carpet Ride" with a drawn out psychedelic mid-section. "Don't Step on the Grass, Sam" became an instant favorite with a magnificent riff and a meandering opening as if a story was about to be told. Alot of side two got to be annoying after awhile, but I still listened to it.

The song title "Hodge, Podge and Strained Through a Leslie" made absolutely no sense to me because at the time I had no idea what a Leslie was. It was a sound modulation with a swirling phase effect commonly used with Hammond organs, and created by Don Leslie. It was in fact, Goldy McJohn's signature keyboard sound. The wavy organ that dominated all of Steppenwolf songs was the Leslie sound. "Hodge, Podge and Strained Through a Leslie" sounded more like The Rolling Stones song "2120 South Michigan Avenue from their 1964 release "12 x 5". "Hodge Podge" was a fun song, and I liked it, but sadly, I ended up only tolerating side two more than actually enjoying it. 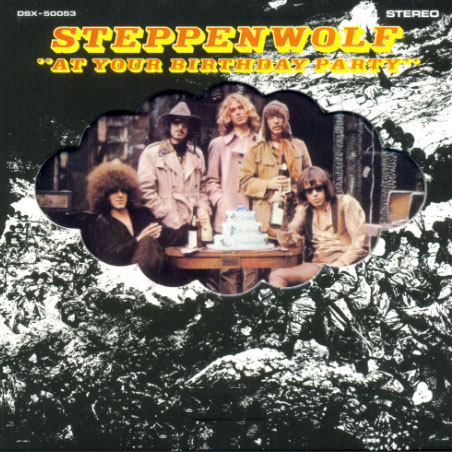 No, Steppenwolf didn't break up after this album; I just quit following them as closely once Michael Monarch left the band. Though "Monster" was a very good album, and I did own it, it was the last Steppenwolf album I was to buy. Before "Monster", I bought "Steppenwolf Live" for the sheer expected excitement of it, but for the most part, the performances were awful. The live cover of "Magic Carpet Ride" was disgraceful, as were all the earlier song versions. The cuts from the "Monster" album - "Draft Resister", "From Here to There Eventually", "Power Play" and "Monster" - were decent live performances

"Steppenwolf at Your Birthday Party" had one dynamite song on it: "Rock Me". I also liked "Jupiter's Child", "It's Never Too Late", and the hymnal "Happy Birthday", but as for the rest of it, I could hear them struggling to maintain survival as a successful band. I honestly don't know how they bounced back this LP, but they did. Historically, it was their last top ten album, but I don't know how it made it there, except, perhaps, by the band's reputation only. Michael Monarch , who'd left by this time, didn't even show up for the cover photo shoot, and producer Gabriel Mekler stood in for him wearing sunglasses, hat and overcoat. "Sleeping Dreaming" was probably the most stupid song I'd ever heard, and the rest of the LP was for me, mostly garbage. 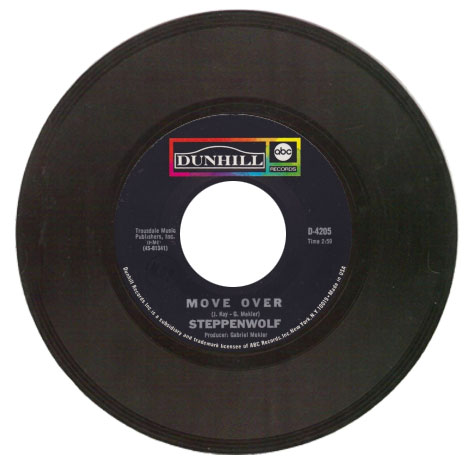 In my freshman year of high school, Steppenwolf's hit song "Move Over" thrilled me like crazy. I almost thought they were back again, but sadly, that particular Steppenwolf, the band of my youth and my 1968-1969, was forever gone.

I think back on this band often, and really enjoy the memories of those special days. I love and cherish and all the wonderful hours spent by my small record player that spun these excellent vinyl time capsules.

Steppenwolf: you were as good of friends to me as The Beatles. You were in good company.