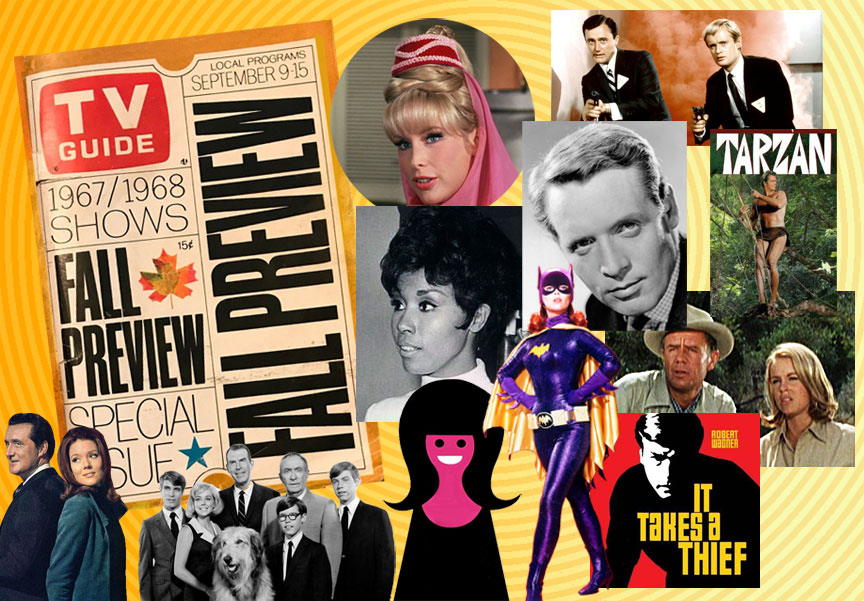 What was so great about September?
New TV shows! 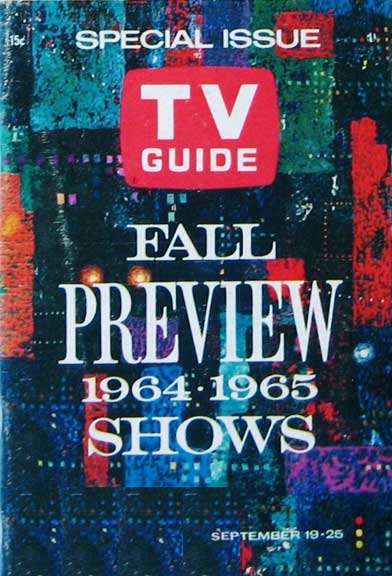 I think I first learned to read with the TV Guide!
The fall season did force me back into the drudgery of school and homework, but it also brought a miracle to our household: the fall lineup of new TV shows. Each year something new was guaranteed to premiere on our television screens, and the older shows that remained gained newer notoriety simply for the fact that they were popular enough to be granted another season. As a kid, the new fall lineup of TV shows made September worthwhile 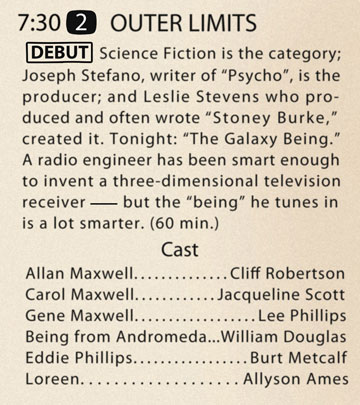 I couldn't wait to get my hands on the September TV Guide to see what was in store for fall. Throughout the 60's decade, some of the finest television programs all presented themselves during the fall opening season. Many of my favorites seemed to fall in the years of 1964-1965. Some new comic shows like The Addams Family, Bewitched and Gilligan's Island were brand new as well as some solid drama and action shows. Old favorites still visited me on weekly basis via our television screen and some newer, more exciting shows like Voyage to the Bottom of the Sea, The Man from U.N.C.L.E. and Daniel Boone debuted. I had favorites that ranged from fantastic to duds. Despite all the new stuff and all the glitz and glam of the season premieres, nothing could pry me away from Combat!

Mediocre shows were sad in the sense that they could have had a chance, but were doomed from the start. They didn't seem to invest any thought, or style into their productions, and relied almost 100% on scripts and acting. That's like putting ketchup on everything; it doesn't always work. "Garrison's Guerillas" and "The Rat Patrol" were absolutely boring to me. In the case of these so-so programs, the blend of scripts vs. stars often failed. Good directors and writers were like separating the wheat from the chaff. When a show skimped on its budget, it was a recipe for disaster. Star Trek was a classic example of NBC's prime time suicide when all of these factors came into play. Star Trek was a superior program that was literally cut off at the knees, forced into a slow prime time death, washed ashore and left to founder in its final season.

Another example of a mediocre show was "Cimarron Strip". Here was a program with a great star, but the show still sat around waiting for the bus. Cashing in on the unique 90-minute time slot idea originally mastered by the show's superior predecessor "The Virginian", Cimarron couldn't seem t' set a saddle.

TV show bombs were, well, bad. No other word describes them. The dud shows made me ask the question "what happened?" When I was growing up, looking forward to all of these wonderful new season premieres, these dud shows were like nothing more than prime time fillers. I often watched them simply because there was nothing else. 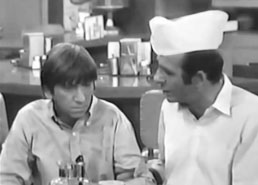 Interestingly enough, some of these shows I actually liked. One of these was "Kentucky Jones" that lasted only one season. It was in fierce time-slot competition with Gilligan's Island and Lawrence Welk. I rarely got to see the show as there were very few opportunities when the television set was not shared by others. There were quite a few bombs, and it seemed then like they outnumbered the good shows. 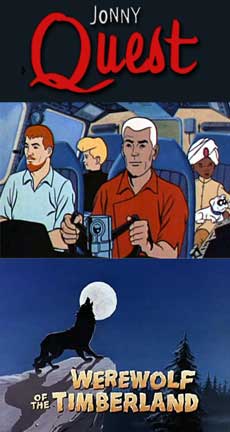 Jonny Quest was a show that absolutely thrilled me. Bear in mind, that like most everyone else in my neighborhood, I had to see this marvelous show in black and white. Color television was just barely coming into its own. Color sets were introduced in the mid-50's, but very few TV shows were made in color, therefore it made little sense to own one.

Around 1966, many more programs were being produced in color. Jonny Quest was top-notch all the way; the graphics and animation were of comic book quality-which at the time-was a very high standard. The show's often 3-D simulation, (something only financially feasible with animation), made it spellbinding and impossible to lift one's eyes from. 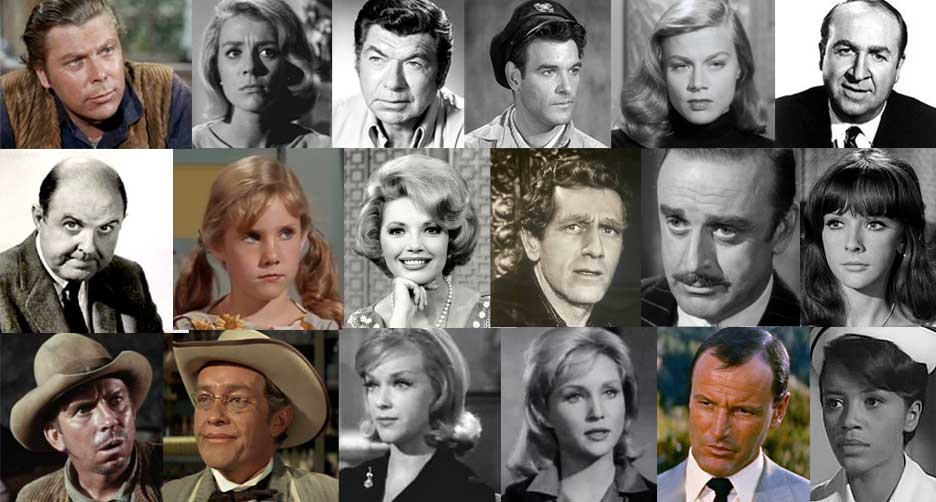 Fall Premieres Through the Years: