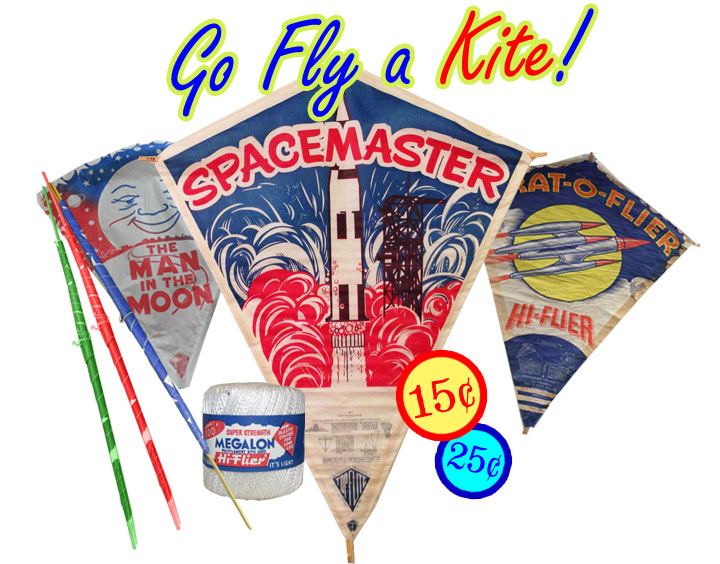 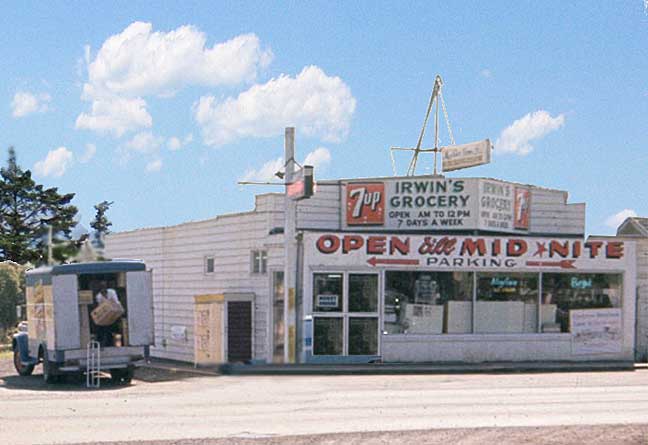 When we were kids, we couldn't fit enough things into one day. On a beautiful and windy day, which I can feel and remember right now as I write, my brother Pat, a bunch of kids on the block and myself decided to trek over to Irwin's Grocery on Holgate to buy some fifteen-cent paper kites. Normally we'd all go to Food Fair but they didn't carry kites, so we had to go to Irwin's instead. Perhaps Food Fair didn't carry kites.

We flew our kites on the Barlow Elementary School playground which was a huge field large enough for 2 baseball diamonds. 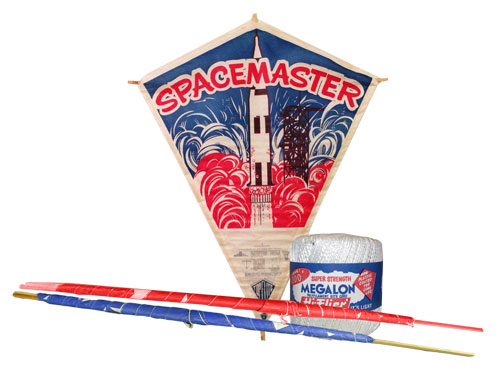 The paper kites cost fifteen cents, and the plastic, sturdier-and very popular kites-cost twenty-five cents. The plastic kites were very cool, but I didn't always have the money to spend on them. I usually only had enough money for a paper kite and a ball of string. 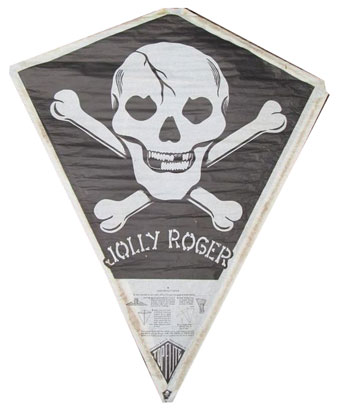 On a wonderful spring morning we hit Irwin's store. 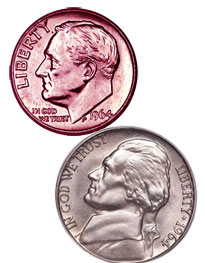 I reached down into my dust-covered jeans and pulled out a dime, a nickel and five pennies to plunk down onto Irwin's wooden counter. The kites came rolled up on their sticks. It was fun to unravel them, spread 'em out, and hook the threaded loops onto the grooves of the kite sticks. Sometimes I'd make a tail out of any old cloth I could find; usually mom cut up strips of old bed sheet for me to use. Once that was done, I was ready for action.

Just Me & the Sky

It was a marvelous feeling to be out on that huge expanse of field behind Barlow Elementary School for a great day of kite flying. There were perhaps ten, or more of us kids out there, and I felt like I belonged to some sort of army or other magnificent installation as we launched a massive aerial strike upon the sky with our kites. How magnificent it was to run with the wind, and feel the tug of resistance as the kite finally took to the air. I used to get a bit dizzy staring at my kite once it was far up into the sky. That blue ceiling with white popcorn clouds and occasional contrails from jets and planes seemed like it was too large to focus on a singular object without losing touch with the ground.

It felt fantastic being a part of something as utterly magnificent as the sky. I was tethered to the earth by a thin piece of string and balanced by my kite. I had control of something that seemed to be dangling just at the outer edges of space. By the time we were finished, and it was time to reel our kites back in, it was a great feeling to see my kite coming closer and closer to me. I felt a strong wind resistance as I relled it in. Dancing, spinning, and twisting, I watched as it came closer and closer. It almost felt like my kite wanted to tell me tales, tales of having danced on the very fringes of the great beyond. By the time my kite reached a distance of the nearby telephone poles, it was more manageable.

Making Our Own Kites

My brothers and I often made our own kites using thin tree branches and newspaper. I can remember using a regular old table knife to carve out grooves on the branches so that when we drew the string like a bow to stretch the branches, everything would fit in perfectly.

These homemade kites flew great too! It seemed that there was something more majestic, more miraculous in the discovery of creating something by hand. Mom usually tore up some cloth for us to use as a tail. Spending 15 cents was easy; making your own was a challenge.

Oh, What a Feeling!

All said and done, there was nothing like flying a kite, especially with such a large group of kids. Those days - especially in 1964 - were magnificent. They were excursions of our unbridled youth; an expression of passion and joy, of being one with the day, and spending time with friends. For twenty cents I had an excellent time, and invested in a lifetime of memories of better days.