The Aurora Mummy model absolutely fascinated me; not only was the box art by James Bama completely spellbinding, but the kit itself was very intriguing. The Mummy was my third favorite of all the Aurora monster kits. I loved the creepy pink and purple background on the box. It's very shroud-like, hinting at horror, yet revealing nothing. There was myth and mystery abound in the box art, and the pieces rattling inside the shrink-wrapped box surely promised creepy intrigue. 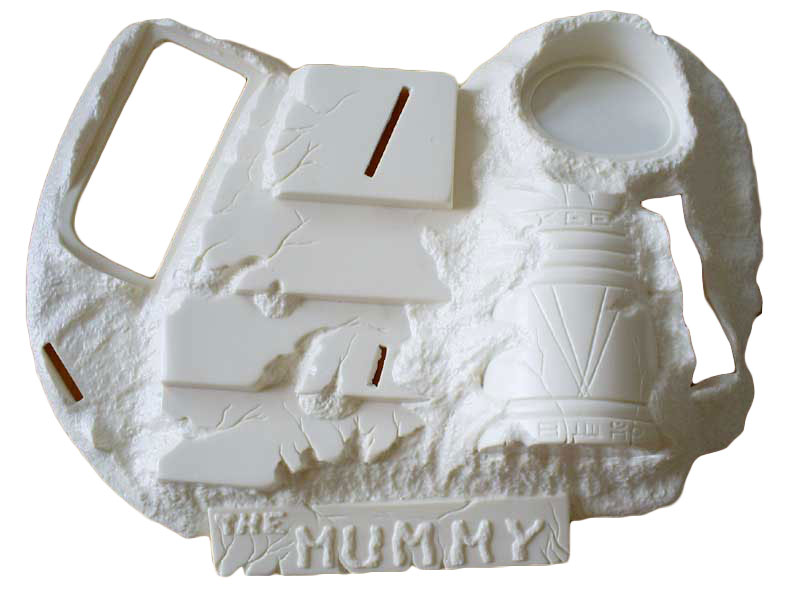 The Mummy also had one of the best bases of all time too. I loved the pillars, ancient Egyptian tablets, and the crusty old steps. Oh yeah, let's not forget the snake. This was truly a magnificent sculpting effort, and the face bore a perfect Karloff resemblance. I think that half the fun of the Mummy was painting it. The base of course was especially fun, but for my fourth grade modeling skills, it was rather difficult. 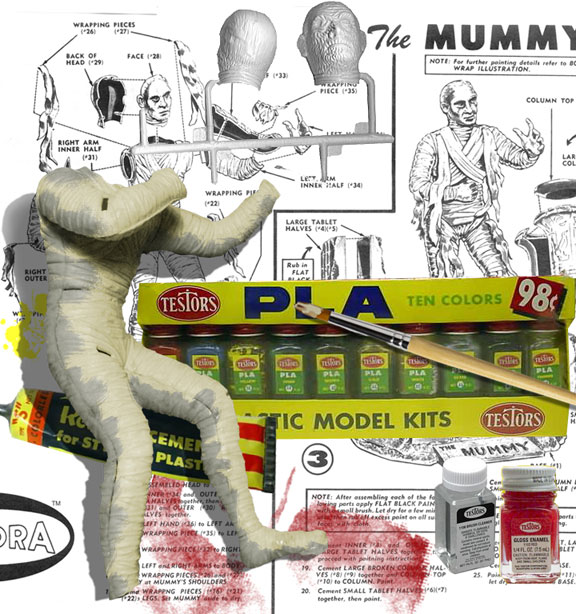 The Mummy seemed to be a serious monster. The stories I had heard about the movie, and the whole Mummy storyline terrified me. The idea of being wrapped up in gauze still alive and sealed in a casket was too much. Sure, it provided me with quippy jokes I'd made up in class like "he's all wrapped up in his work" or "he gives me good gauze to worry." Years later I saw the movie, and I'm happy to say that it was not a disappointment.

One of the unique attributes to the Mummy model was also the allure of Egypt and the mysteries of the pyramids. The tombs and crypts were his hometown, and in the land of ancient mystery, the Mummy walked tall. He moved slow, dragging one foot with one arm in a sling and the other outstretched. One eye was sealed shut and no matter how fast, or how hard you ran, the Mummy always caught up to you.